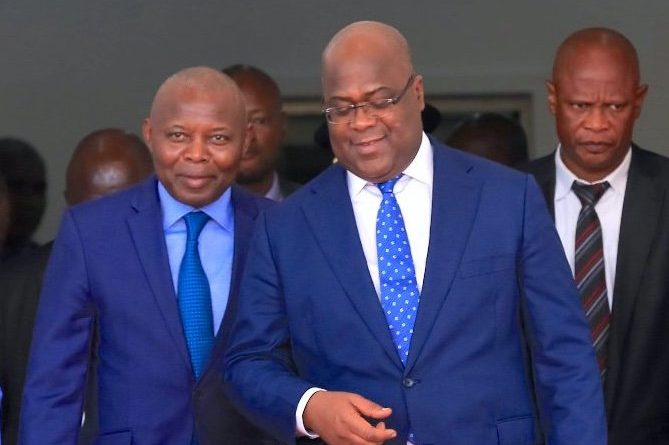 Mr. Kamerhe was convicted sentenced to 20 years’ hard labour on Saturday, by a court in the capital Kinshasa. He was facing charges of embezzling almost $50m (₦ 19375.20 NGN) of public funds.

In May 2020, Judge Raphael Yanyi, the presiding judge in the case was murdered.

Kamerhe, who was also a key ally of a former president, is the most high-profile figure to be convicted of corruption in the DRC.

Much of the missing funds were intended to be used in a housing project announced by the president following his inauguration.

Lebanese businessman Jammal Samih was also sentenced to 20 years’ hard labour in the same trial, while a third man in charge of logistics at the presidential office faces two years in prison.

Kamerhe will also be banned for running for the presidency for 10 years after completing his sentence.