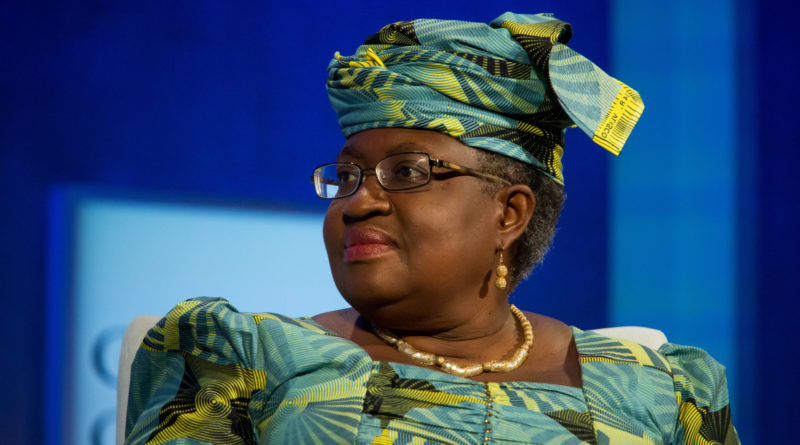 President Muhammadu Buhari nominated Ngozi Okonjo-Iweala as the Nigeria’s candidate when Tolu Ogunlesi, an assistant to the president of Africa’s biggest economy, announced the nomination on his Twitter account.

The current Director-General Brazil’s Roberto Azevedo in May said he plans to step down from the 25-year-old WTO at the end of August, a year before his term ends, saying it’s the best way to avoid more chaos at the alliance, which has already been hobbled by attacks from President Donald Trump and the start of a global recession.

Okonjo-Iweala is a former World Bank executive who negotiated a write-off of Nigeria’s debt when she was Minister of Finance. She has also served as economy and foreign affairs in Nigeria, and is currently one of the African Union’s special envoys to mobilise international support for Africa’s response to the coronavirus pandemic.

Egypt’s opposition to her nomination came in a letter to States of the African Union, contending that her nomination was out of time and did not follow the rules of nomination.

It said member states of the African Union (AU) had been required to nominate candidates for the director-general position by November 30, 2019 over five months ago while the request to substitute Yonok Frederick Agah was made on June 4, 2020.

The letter from the permanent mission of the Arab Republic of Egypt to the AU said the Office of Legal Consent gave the opinion that Nigeria’s nomination of a new candidate “is not in conformity with the executive council decision”.

The Egyptian mission urged the ministerial committee on candidatures to officially inform the African Group in Geneva that Abdulhameed Mamdouh of Egypt and Eloi Laourou of the Republic of Benin are currently the “only two endorsed African candidates”.

“During the ambassadorial level ministerial committee on candidatures meeting which was held on June 4, 2020, the Office of Legal Counsel (OLC) gave its legal opinion regarding Nigeria’s nomination of a new candidate to the post of WTO-DG, in which the OLC clearly highlighted that – from a legal point of view- such a nomination is not in conformity with the executive council decision EX.CL/Dec. I 090(XXXVI), since the council’s decision, had specifically endorsed the three names of candidates as submitted by the ministerial committee’s report after thoroughly examining the qualifications and professional experience of each of the three above mentioned candidates.

“The conformity of Nigeria’s new nomination as presented in its note verbal with the rules of procedure of the ministerial committee, specifically rule 11, para (1), (2), (3), (4);

“If the new nomination – in the event it is submitted officially to the WTO in Geneva- could constitute a failure to comply with the decision of the executive council and be subject to sanction for non-compliance as mentioned in Rule I 6 of the rules of procedure of the ministerial committee.”

Egypt has asked office of legal counsel to provide its opinion on “the conformity of Nigeria’s new nomination with executive council decision no. EX1072 of July 2019, which requested member states to nominate candidates to the position of director-general of the World Trade Organisation by November 30, 2019.

The mission also said it is discussions with the Republic of Benin “with the aim of reaching a consensus on one African candidate between the only two currently endorsed African candidates and will communicate the outcomes of these consultations to the esteemed ministerial committee at the soonest possible date”.