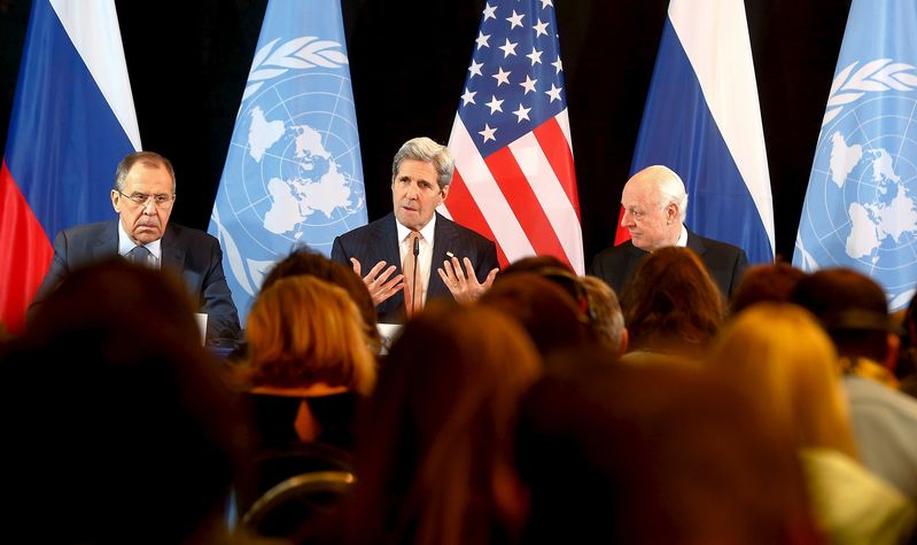 Major powers agreed on Friday to a cessation of hostilities in Syria set to begin in a week and to provide rapid humanitarian access to besieged Syrian towns, but failed to secure a complete ceasefire or an end to Russian bombing.

Following a marathon meeting in Munich aimed at resurrecting peace talks that collapsed last week, the powers, including the United States, Russia and more than a dozen other nations, reaffirmed their commitment to a political transition when conditions on the ground improved.

At a news conference, U.S. Secretary of State John Kerry acknowledged the Munich meeting produced commitments on paper only.

“What we need to see in the next few days are actions on the ground, in the field,” he said, adding that “without a political transition, it is not possible to achieve peace.”

Russian Foreign Minister Sergei Lavrov told the news conference that Russia would not stop air attacks in Syria, saying the cessation of hostilities did not apply to Islamic State and al Nusrah, which is affiliated with al Qaeda. Islamic State militants control large parts of Syria and Iraq

“Our airspace forces will continue working against these organizations,” he said.

Lavrov said peace talks should resume in Geneva as soon as possible and that all Syrian opposition groups should participate. He added that halting hostilities would be a difficult task.

Stop the Suffering of Displaced Persons in Jigawa