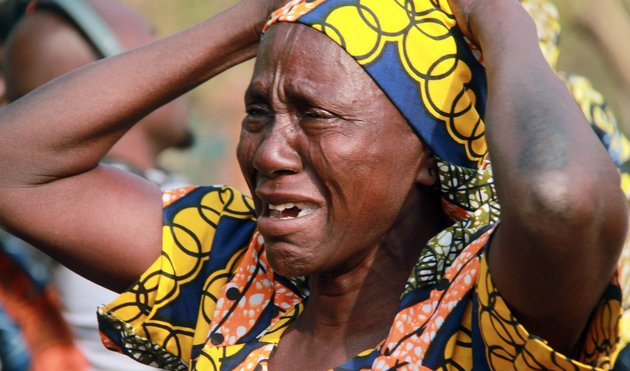 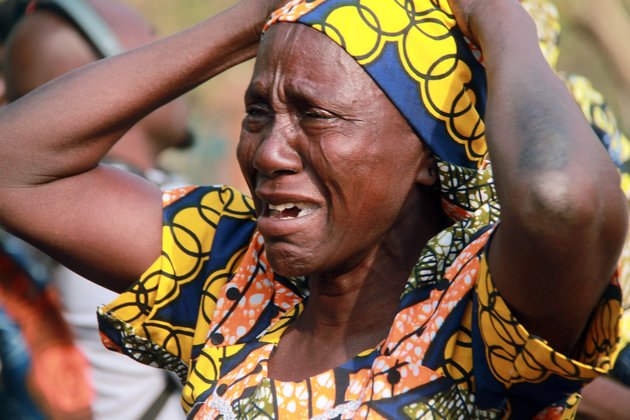 It took militants a few hours to burn the small Nigerian village of Dalori to the ground. At least 86 people were killed in the hail of bullets, fire bombs and suicide bombings that engulfed the village on Jan. 30, officials said.

Nigerian troops showed up about an hour after suspected members of Islamist extremist group Boko Haram sped into the village on cars and motorbikes that Saturday evening. They were outgunned by the armed militants, and the assault continued until better-armed reinforcements could arrive about four hours later, local soldiers and residents who survived the attack told The Associated Press. Some Dalori residents criticized forces for not showing up in time to stop the massacre, The New York Times reported.

At dawn on Tuesday, the militant group struck yet again, this time at a camp for people who had already fled its violence in the northeast. Two suicide bombers killed over 60 people at Dikwa camp. That grisly toll could have been even higher — a third bomber refused to detonate her explosives when she realized her parents and siblings were in the camp, Nigerian officials said.

Nigeria has invested huge resources in fighting Boko Haram over the past years, and has recaptured a lot of territory previously held by the extremist group. But the carnage in northeast Nigeria highlights how vulnerable civilians remain to Boko Haram attacks and that authorities still face huge obstacles keeping people safe from the militant group. 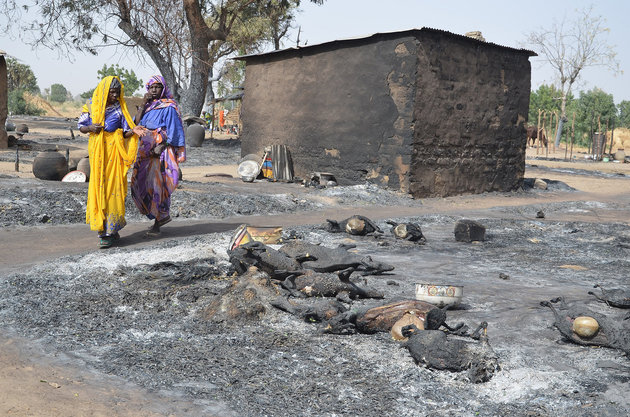 The Dalori villagers’ unanswered calls for help are horribly reminiscent of 2014, when Boko Haram kidnapped nearly 300 schoolgirls from the village of Chibok. The village’s men were slaughtered, and women and girls taken off into the bush as villagers and local security forces appealed for military reinforcements for hours to no avail. A few girls escaped, but more than 200 have never been found.

The kidnapping caused international outcry, and many Nigerians heaped criticism on then-President Goodluck Jonathan for a lackluster response to the horrific event, and to the fight against Boko Haram more broadly.

President Muhammadu Buhari defeated Jonathan in March, vowing to defeat Boko Haram by the end of the year. In late December, he announced the group had been “technically defeated.” The Nigerian military has cited a string of victories against the group over the past year: pushing the militants out of most of their territorial strongholds, freeing captives and better coordinating with neighbors’ militaries in this porous border region.

Yet the attacks — and casualties — keep coming.

Boko Haram was last year deemed the deadliest terror group in the world, after the Nigerian militants killed more people in terror attacks during 2014 than even the self-described Islamic State. According to data collected by the Council on Foreign Relations’ Nigeria Security Tracker, over 11,000 people were killed in Boko Haram-related violence in 2015 — some 6,800 of them in direct attacks and the remainder in clashes with Nigerian security forces.

There are weekly reports of attacks throughout the northeastern Borno state. The week before the Dalori massacre, the group killed at least 12 people in suicide attacks in Chibok. Mass casualty attacks in neighboring Chad and Cameroon are now regularly attributed to Boko Haram. 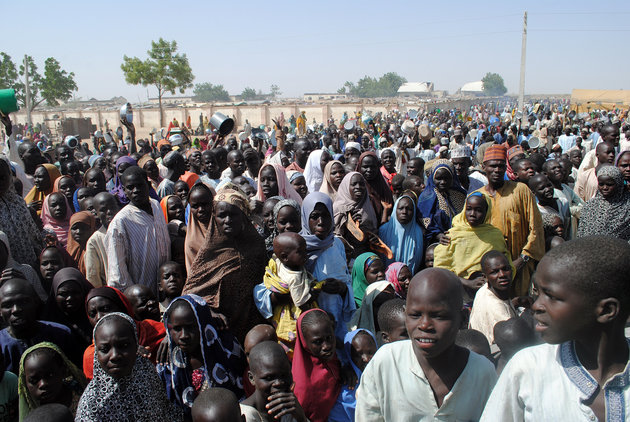 The Nigerian government says the continuing Boko Haram violence is a signal of its defeat — that the group is resorting to suicide bombings because it has lost ground, and the uptick in violence is a precursor to their eventual demise.

But that doesn’t make Nigerians living in the northeast feel any safer.

Partly this is a problem of northeast Nigeria’s difficult geography. The region isvast and sparsely populated. It’s also one of the poorest areas of the world, in striking contrast to the oil-rich regions of the south that help make Nigeria’s economy the largest in Africa. The world knows little of what goes on there, and residents have trouble alerting people to their plight. Few journalists venture into the region. The telecommunications infrastructure is negligible and has sometimes been deliberately destroyed. News of this week’s Dikwa attack did not emerge until 24 hours later, for example, because the area’s telephone system was not working.

Borno state also borders three countries — Niger, Chad and Cameroon — with leaky frontiers and overlapping ethnic groups, all of which the militant group has used to hide out when under pressure.

“It’s one thing to use firepower to drive Boko Haram out, and another thing to keep them from coming back,” said J. Peter Pham, director of the Atlantic Council’s Africa Center. 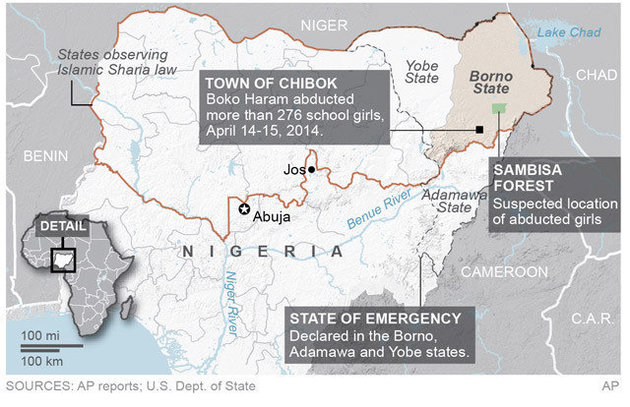 The Boko Haram insurgency has raged for over six years, claiming some 30,000 lives. The group’s ability to keep fighting for so many years, to hold hundreds of captives, and to continue to stage regular attacks are all evidence of that the group is far from defeated, said Ambassador John Campbell, senior fellow for Africa Policy Studies at the Council on Foreign Relations.

The group’s tenacity also suggests some measure of popular support in the marginalized northeast, particularly as a form of rebellion against corrupt local religious elites. This makes the conflict more akin to a civil war, and makes it even harder to achieve a decisive military victory over a single force, Campbell said.

“It would take a highly sophisticated military supported by an extremely strong government to carry out such a task,” Campbell said. “The U.S. couldn’t do it in Afghanistan or Iraq.” 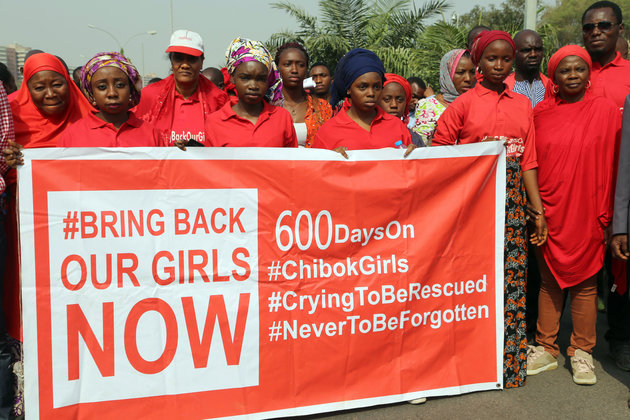 Nigeria’s military is chronically under-resourced — low on numbers, equipment and morale, Pham said. “Even if Nigeria was at peace, the military would not be commensurate with the size and importance of the country, let alone a country facing a challenge like Boko Haram,” he told The WorldPost.

Buhari, who was himself a military dictator in the 1980s, has made some efforts to increase military effectiveness. He has clamped down on high-level corruption, and moved the military’s command center in the fight against Boko Haram from the capital to Borno state, allowing commanders in the field to drive decision-making. 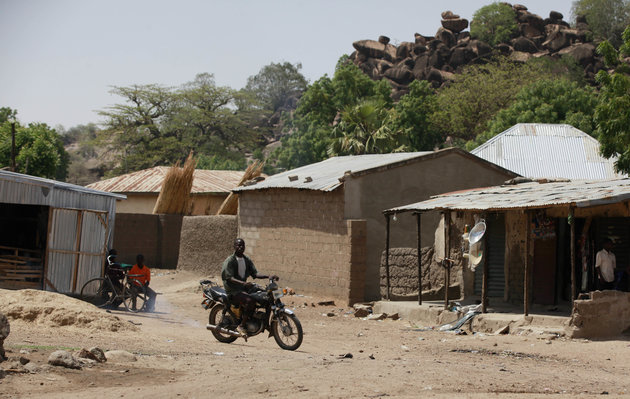 That command center in the city Maiduguri lies just a few miles from Dalori. It is so close that during the Dalori attack, the sound of the explosions could be heard from Maiduguri University dorms down the road, according to a witness account in The New York Times.

“If the [Nigerian military] can’t hold something that is right at the doorstep of their command headquarters, much less in more isolated areas, clearly there is a limit to the pressure that they can put,” Pham remarked after the attack. 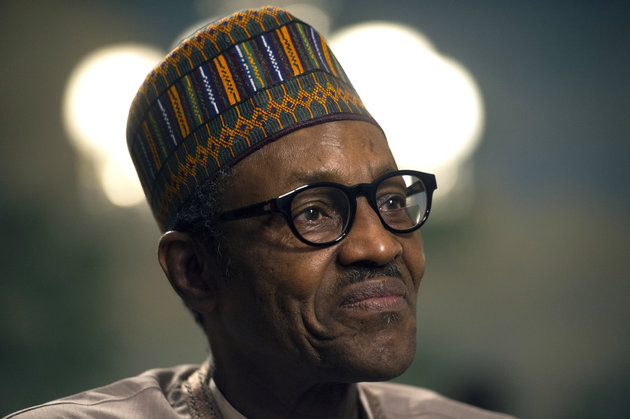 Yet, Nigerian authorities are eager to illustrate the “technical defeat” of Boko Haram by pressing civilians who took shelter in displacement camps to return home.

But human rights group and aid workers warn that that is totally unrealistic. Boko Haram violence has displaced over 1.6 million people in northeast Nigeria. A Nigerian senator said last week that only three of over 20 districts of Borno are safe from Boko Haram due to the presence of security forces.

“Most of the displaced people from several parts of Borno I spoke with gave graphic details of Boko Haram presence in their communities during brief visits they made to the area,” Human Rights Watch’s Nigeria researcher Mausi Segun told The WorldPost. “The government [should] prioritize allowing people to remain in safe areas, rather than pressure them to return to their devastated communities before it is safe to do so.”

At the same time, authorities have asked people living in rural northeastern areas to move to nearby towns to allow for military operations to take place, and any people left behind may be considered Boko Haram sympathizers, Doctors Without Borders’ Nigeria program manager Isabelle Mouniaman-Nara wrote after a recent visit to Borno.

“We’re also concerned because nothing seems to have been done in the towns to prepare for the influx of all these people in terms of health care, food, shelters, etc.,” she said. 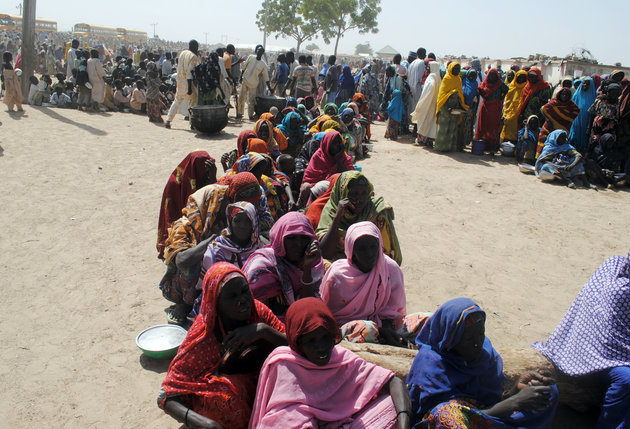 After the Dikwa attack, Nigerian officials ordered security to be beefed up at displacement camps around the country. The Nigerian military started digging trenches around Dalori after the attack there, according to local media, but villagers have said they are afraid they will make it even harder for them to flee next time.

In a particularly cruel tactic, Boko Haram unleashed suicide bombers on a crowd of Dalori residents who had gathered nearby for safety during the attack. Villagers told Human Rights Watch and local journalists that Nigerian troops prevented them from fleeing into Maiduguri because they feared that Boko Haram was trying to slip more suicide bombers into the city.

“One of Boko Haram’s tactics has been to draw forces one way and they hit somewhere else,” Pham said. “You have to make decisions, often with little information, as to whether this is the most serious assault, or are there more coming? Then, how do get they there?”

Some Dalori residents told local journalists they were resigned to stay amid the ruins of their village.

“We have no plans of going anywhere because this is the land of our grandparents and, indeed, death can find you everywhere,” a villager told Nigeria’s Channels TV