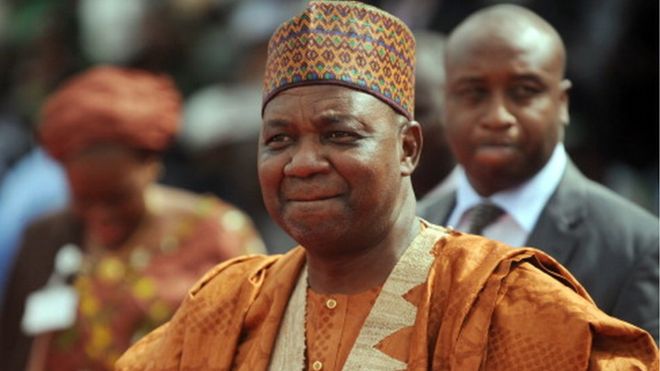 The raid was carried out on Saturday by agents from the Economic and Financial Crimes Commission (EFCC) as part of a probe into an arms deal, a source said.

Mr Sambo is the most senior member of the former government to be targeted by the EFCC since President Muhammadu Buhari took office last May.

The former vice-president has not yet commented on the raid.

He was believed to have been out of the country when his office in the capital, Abuja, was targeted.

Mr Sambo is not the first ally of former President Goodluck Jonathan to come under scrutiny from the anti-corruption watchdog.

A wider investigation is currently under way into the disappearance of $2bn of government money, which was meant to be spent on the fight against Boko Haram Islamist militants.

The Islamist militant group has killed thousands in north-eastern Nigeria in its six-year campaign.

Mr Sambo served as vice-president for five years, until the People’s Democratic Party (PDP) was defeated in elections last April.

Mr Buhari took office with a pledge to tackle corruption in Africa’s most populous state and biggest oil producer.