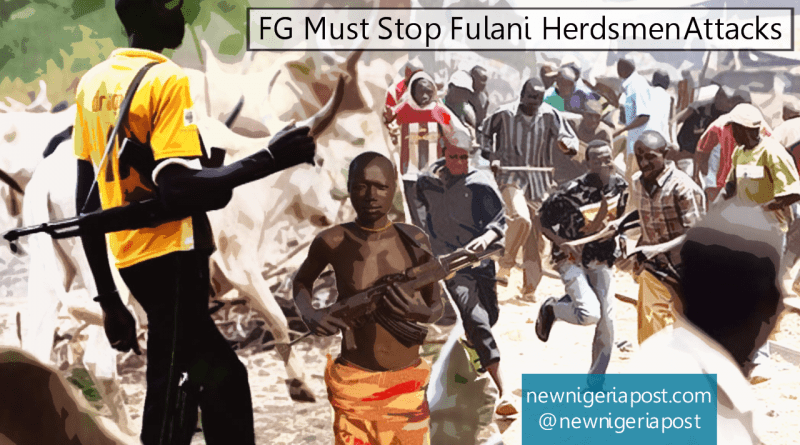 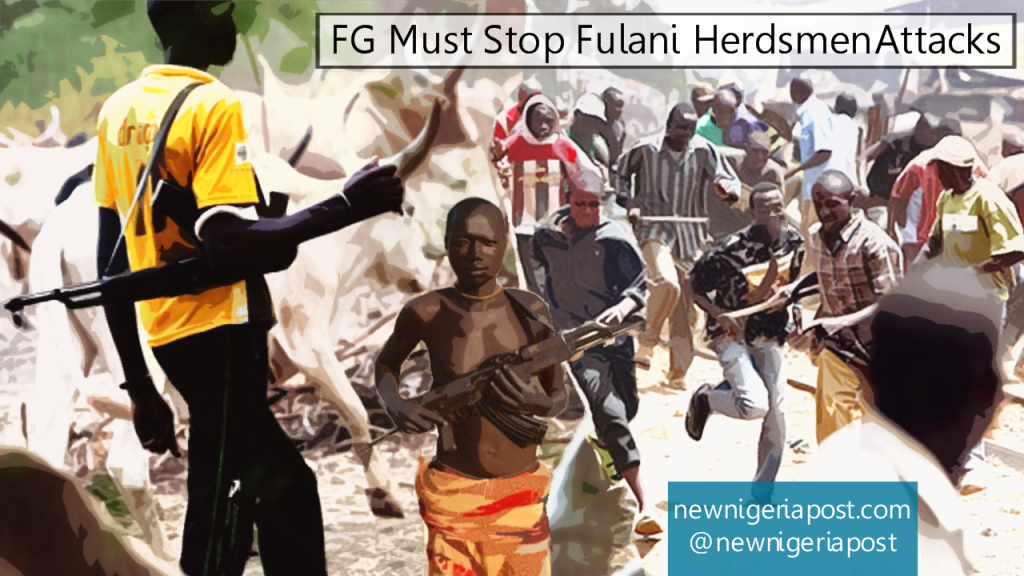 Incessant attacks by Fulani Herdsmen, the federal government must act to end this menace.

Skirmishes between marauding fulani herdsmen and communities across Nigeria are not uncommon. However, the attacks by the herdsmen have recently become bolder. The herdsmen ravage villages and carry out murder and other acts of banditry with audacity and impunity.

The agatu attacks in Benue State in which hundreds were murdered is a microcosm of the bigger challenge posed by these herdsmen. All over Nigeria, reports regularly emerge of the barbaric acts committed against innocent citizens by these herdsmen who are usually heavily armed, this is astonishing.

The silence with which the Federal Government greet these attacks is annoying. That no arrests have been made leaves one wondering whether this evil has been accepted as a new norm. Should we accept that a group of people can arm and constitute themselves into a militia, take laws into their hands, and murder fellow citizens at will?

That these attacks are associated to an ethnic group further deepens the existing fault lines in our nation. The Federal Government should be reminded that the unlawful activities carried out by these herdsmen is burgeoning out of control and may soon approach the scale of the Boko Haram insurgents, all this because of the silence of the government.

Change Organisation Nigeria condemns, in very strong terms, the barbaric activities carried out by some fulani herdsmen. In like manner, we also condemn the Federal Government for their indifference to the attacks.

The Federal Government should use the relevant agencies to hunt down and prosecute those involved. Permanent solutions should also be sought to end these attacks before they spiral out of control. The current situation is unacceptable.