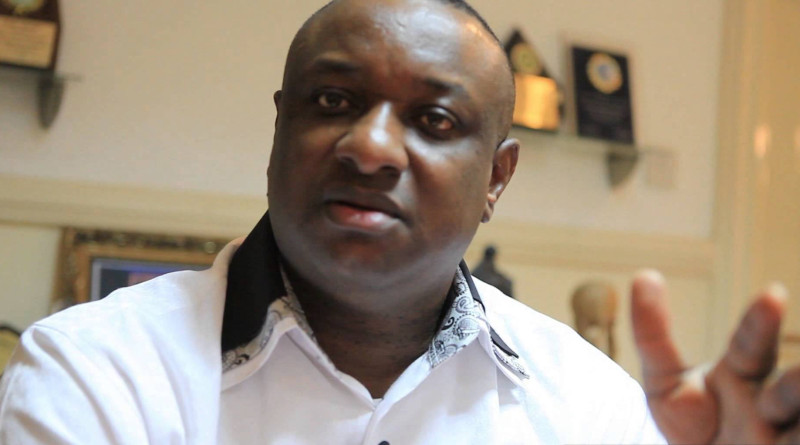 Festus Keyamo, Lawyer, Critic, Columnist and Human Right Activist; explores the legal ramifications of the sudden death of the APC candidate in the Governorship elections in Kogi State.

The elections which took place on Saturday 21st, were declared by INEC to be ‘inconclusive’ however, Audu was said to be in the lead.  The news of his death started filtering out on Sunday afternoon and more information coming from the family is that he had complained of stomach pains before going to sleep on Saturday and that he passed around 9am Sunday Morning.

APC has this evening confirmed Audu’s death and as messages of condolences are been sent to his family, his death has raised significant legal considerations which will have to be worked through in the coming weeks.  We reproduce the full Statement issued today Sunday 22nd by the eminent Lawyer, Festus Keyamo:

The reported death today, Sunday, November 22nd, 2015, of the APC candidate in the Kogi State Governorship elections, Prince Abubakar Audu, is extremely shocking and sad. I would like to express my condolences to the entire family of Audu and to the people of Kogi State.

However, the real question agitating the minds of everybody is the legal implication regarding the inconclusive Governorship elections at the time of his demise. To state it correctly he was said to have died AFTER the announcement of the results by INEC and after INEC had declared the elections inconclusive. Admittedly, this is a strange and novel constitutional scenario. It has never happened in our constitutional history to the extent that when an election has been partially conducted (and not before or after the elections) a candidate dies. What then happens?

This is a hybrid situation between what happened in the case of Atiku Abubakar/Boni Haruna in 1999 and the provision of section 33 of the Electoral Act, 2010.

In the case of Atiku Abubakar/Boni Haruna [which is now a clear constitutional provision of section 181(1) of the 1999 Constitution (as amended)] the Supreme Court held, in effect, that “if a person duly elected as Governor dies before taking and subscribing the Oath of Allegiance and oath of office, or is unable for any reason whatsoever to be sworn in, the person elected with him as Deputy governor shall be sworn in as Governor and he shall nominate a new Deputy-Governor who shall be appointed by the Governor with the approval of a simple majority of the house of Assembly of the State”.

In the case of section 33 of the Electoral Act 2010 it provides, in effect, that if a person has been duly nominated as a candidate of his party and he dies before the election then the political party has the right to replace him with another candidate and not necessarily the Deputy Governorship candidate.

Now, does the Kogi situation fit into section 181(1) of the Constitution as quoted above or section 33 of the Electoral Act mentioned above?

My simple position is that the Kogi situation fits more into section 181(1) of the 1999 Constitution (as amended) and as such James Abiodun Faleke automatically becomes the governorship candidate of the APC. This is because even though the election in inconclusive, votes have been counted and allocated to Parties and candidates. As a result the joint ticket of Audu/Faleke has acquired some votes already. James Abiodun Faleke is as much entitled to those votes already counted as much as the late Abubakar Audu. He has a right to cling to those votes going into the supplementary election.

There is only one problem, though. Who nominates Faleke’s Deputy? Unlike section 181(1) of the 1999 Constitution, he cannot approach the House of Assembly of the State to approve a nomination by him of a Deputy. This is because, in reality, he is not duly elected yet. Therefore it is only reasonable to conclude that it is APC (Faleke’s political party) that should submit the name of a fresh Deputy Governorship candidate to INEC for the supplementary election.

This is the only position in this situation that accords with reason and good sense.
FESTUS KEYAMO, ESQ. London, 9:40pm. Sunday, November 22, 2015.