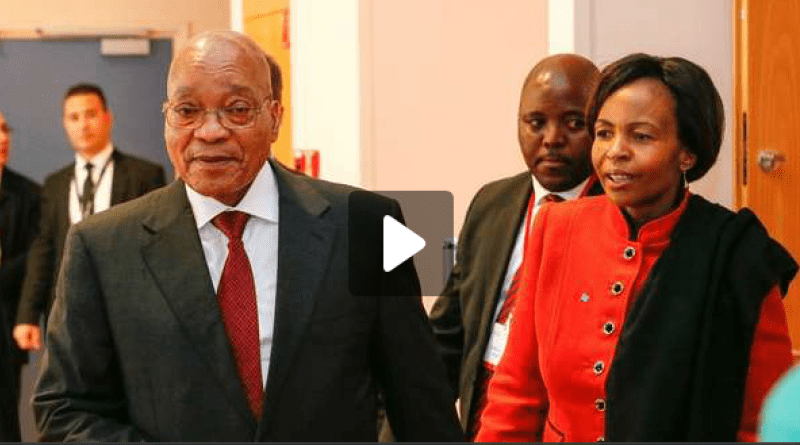 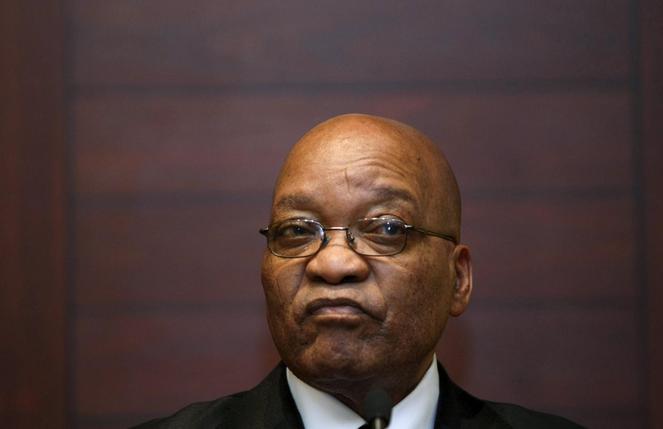 South Africa’s top court ordered President Jacob Zuma on Thursday to pay back some of the $16 million of state money spent upgrading his private home, in a stinging rebuke that hits the scandal-plagued leader financially and politically.

The unanimous ruling by the 11-judge constitutional court, a central pillar of the democracy established at the end of apartheid, also said Zuma had failed to “uphold, defend and respect” the constitution by ignoring Public Protector Thuli Madonsela’s findings on his sprawling residence at Nkandla in rural KwaZulu-Natal.

Chief Justice Mogoeng Mogoeng gave the Treasury 60 days in which to determine their “reasonable cost”, after which Zuma would have a further 45 days to pay. Early estimates of the bill were 10 million rand ($680,000), Madonsela said.

Zuma’s office said it respected the ruling and would determine the appropriate action in due course. He was also ordered to pay costs.

Besides hurting Zuma, the ruling is a vindication for the soft-spoken but steely lawyer described by Mogoeng as “the embodiment of the Biblical David” fighting against the Goliath of state corruption.

Madonsela said the ruling should help restore the shaken faith of South Africans and others, including investors, in the state of democracy in the continent’s most advanced economy.

The verdict piles more pressure on Zuma, whose second and final term in office is due to end in 2019.

Mathews Phosa, a former African National Congress (ANC) Treasurer, broke ranks to say that the time had come for the party of anti-apartheid figurehead Nelson Mandela to rediscover its soul and ditch its leader.

“The whole country now waits with bated breath to hear whether he and my party, the ANC, will do the right thing and relieve us of this crippling nightmare,” Phosa was quoted as saying by the ENCA domestic cable television channel.

Standing outside the court in downtown Johannesburg, opposition leader Mmusi Maimane told reporters Zuma should be removed from office and said he would table a parliamentary motion to have him impeached.

Zuma, a 73-year-old polygamous Zulu traditionalist, has been under intense criticism since December when his sacking of finance minister Nhlanhla Nene sent the rand into a tail-spin.

The currency firmed to a near-four month high against the dollar as Mogoeng delivered his ruling and the ANC called an emergency meeting of its top six leaders – who include Zuma – to discuss the “serious nature” of the court’s findings.

Its majority in parliament will almost certainly give Zuma political cover against any attempt to impeach him, but the judicial rebuke may embolden anti-Zuma factions within the ruling party to mount a challenge.

“It’s a major decision that is going to have a significant impact on our political environment,” said Gary van Staden, political analyst at NKC African Economics.

“In most other places in the world it would be terminal for President Zuma but we will have to wait and see how the balance of forces are playing out in the ANC.”

Much of the court ruling focused on whether Madonsela’s 2014 findings and recommendations on Nkandla were legally binding.

Mogoeng made it clear they were, saying it would be pointless if the Public Protector’s findings could be ignored.

Over the last two years, Zuma has refused to comply, instead ordering parallel investigations by the public works and police ministries that exonerated him, based on declarations that included calling the swimming pool a fire-fighting reservoir.

As president, Zuma’s annual salary is 2.7 million rand ($183,000). If any payments are made on his behalf, they would be liable for income tax at 41 percent.

Last month, Zuma’s legal team admitted they were worried about political fallout from the case in mid-year provincial elections, urging the court not to wander too far from its explicitly legal mandate.

“This is a delicate time in a dangerous year,” his lawyer, Jeremy Gauntlett, told the court. “It will be wrong if this court makes a ruling which may result in a call for impeachment.”