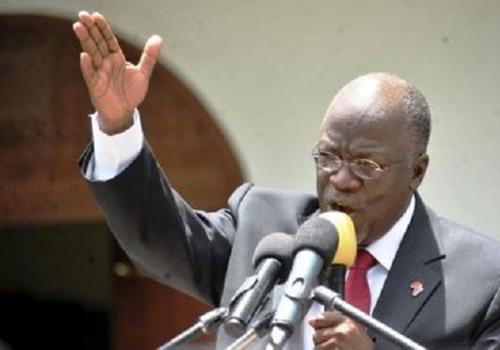 He has also promised to create more jobs and accelerate economic growth.Some public officials have a reputation for making frequent foreign trips and for flying in first or business class at taxpayers’ expense in a country that is one of the biggest per-capita aid recipients in Africa.”The president has put a halt to all foreign trips by government officials with immediate effect,” the president’s office said in a statement.”If there is an urgent need for foreign travel by a public official, approval must be granted by the president himself or the chief secretary (head of civil service). “The presidency said Magufuli, 56, has instead ordered government officials to visit villages and other rural parts of Tanzania to address “grievances and problems of the people”. He is expected to appoint cabinet ministers within two weeks.  Magufuli issued the instructions over the weekend during a meeting with top civil servants.The belt-tightening measures are aimed at raising money to finance the government’s plan of providing primary and secondary education to all Tanzanian children free of charge from January next year, the president’s office said.

“The president has also instructed the Tanzania Revenue Authority … to step up revenue collection from large tax payers and curb tax evasion without fear or favour,” the presidency said in the statement.The president made a surprise visit to the finance ministry last Friday and ordered officials to crack down on tax exemptions.  Magufuli, whose supporters call him “the bulldozer” for building desperately needed roads across the large nation in his previous post as a cabinet minister, has pledged to introduce a raft of measures to end government excesses and boost revenue collection.He has also promised to create a special court to oversee all corruption-related issues and has vowed zero tolerance for graft.Businesses have long complained that corruption is one of the main reasons for the high cost of doing business in Tanzania.