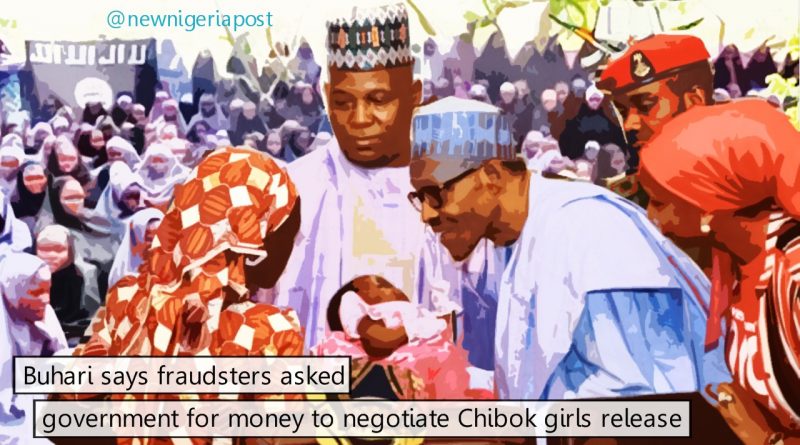 President Muhammadu Buhari on Friday said fraudsters have asked the government for money to negotiate the release of more 200 girls abducted by Boko Haram militants over two years ago from their school in the northeastern town of Chibok town.

The first of the 219 girls held captive since the mass kidnapping in April 2014 to be found alive was discovered last month. A second girl was rescued days later, although campaigners said she was taken in a separate abduction.

“While the rescue and safe return of the remaining Chibok girls remains a top priority of his administration, he will not fall for the antics of fraudsters,” Buhari’s spokesman, Femi Adesina, said.

Adesina said the president stated this during a meeting with archbishops of the Church of Nigeria.

“President Buhari said that his administration will continue to insist on a thorough authentication of the identities and bona fides of any persons or groups claiming to have custody of the girls before entering into negotiations with them,” he said.

Boko Haram, which has tried to create an Islamic caliphate in northeast Nigeria over the last seven years, captured 276 girls in the Chibok raid but 57 escaped in the melee. Under Buhari’s command, and aided by Nigeria’s neighbours, the army has recaptured most territory lost to the group.