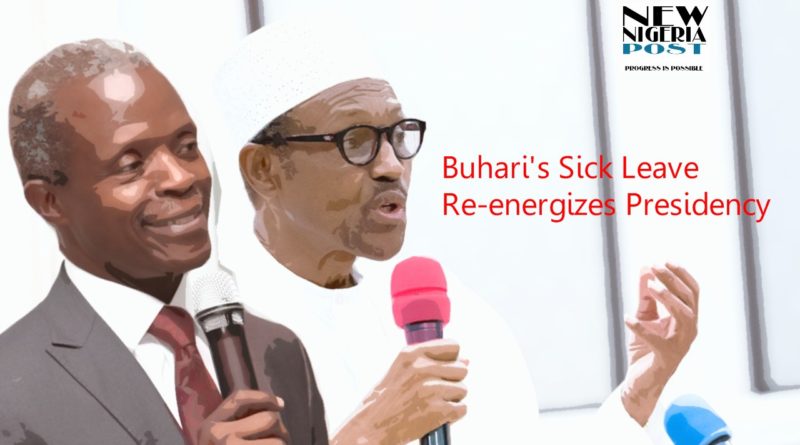 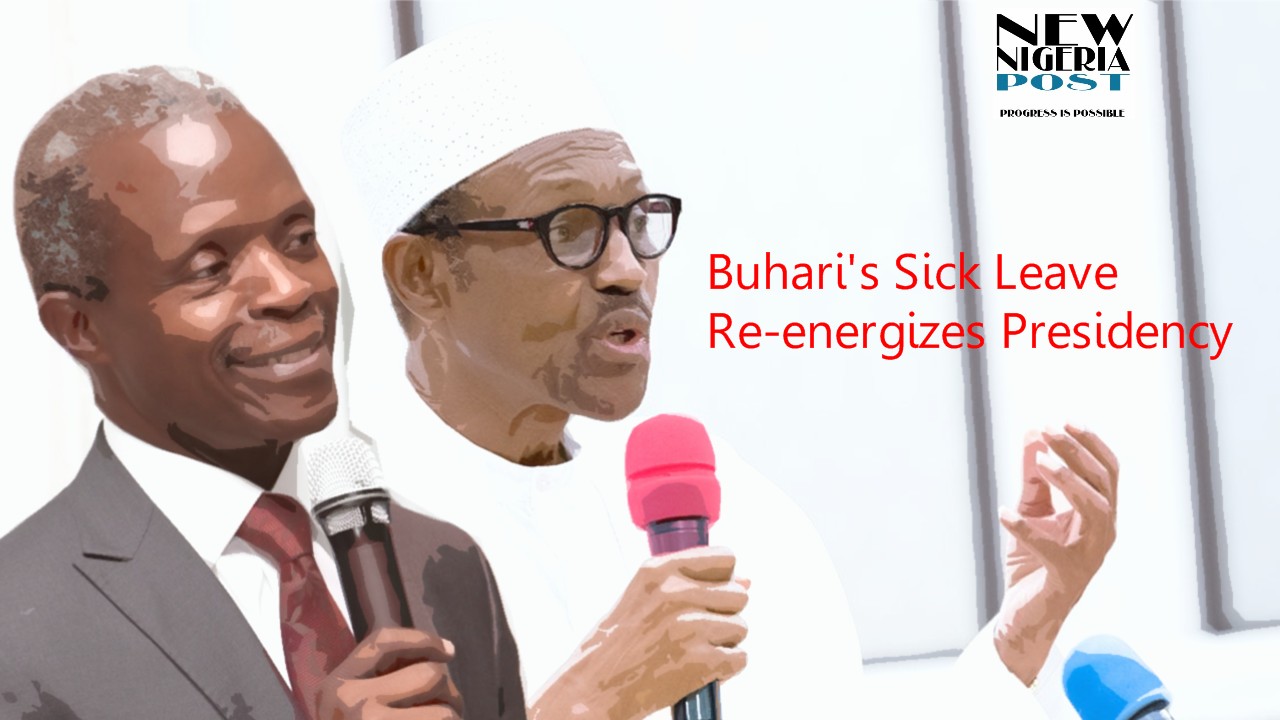 In the sickness absence of president Buhari, diplomats and business leaders say the presidency has acted with an energy rarely seen in the two years since Buhari, 74, was elected.

When protesters marched on Nigeria’s presidential villa earlier this month to complain about a biting recession, they were not repelled by baton-wielding policemen, the usual fate for anyone arriving uninvited at the gate of the country’s power center.

Instead, Vice President Yemi Osinbajo, who is standing in for the country’s sick leader, sent a vehicle to ferry the protest leaders to his office, where they complained about widespread corruption.

In a frank admission, Osinbajo acknowledged the government had failed to make as much progress fighting graft as it had hoped.

“We hear you loud and clear,” he told the protesters.

President Muhammadu Buhari has been in London for six weeks on medical leave, raising questions over his capacity to govern Africa’s largest economy.

In his absence, diplomats and business leaders say the presidency has acted with an energy rarely seen in the two years since Buhari, 74, was elected.

To be sure, Osinbajo has made clear his loyalty lies with Buhari, a retired general who has struggled to define a clear strategy to deal with Nigeria’s slide into recession and stands accused by opponents of inaction.

But the 59-year-old lawyer is getting work done. He has relaxed visa rules to lure foreign investors — a plan drawn up by Buhari but which like others got stuck in his chief of staff’s office, according to diplomats.

Officials in the Aso Rock presidential complex in Abuja have seen their working hours extended to 7 p.m. when Osinbajo leaves, or later. Buhari and his aides typically close shop at 4 p.m., officials said.

“This man is a workaholic,” one presidency insider said. “I wonder whether he rests at all because he even shifts some of the meetings to his official residence.”

Nigeria tumbled into a full-year recession in 2016 for the first time in a quarter of a century as a slump in crude oil revenues hammered the OPEC member’s public finances.

The Treasury has faced an acute shortage of hard currency that has piled pressure on the Naira, which still trades at a more-than 30 percent premium on the black market even after policymakers effectively devalued the currency for private individuals last Monday.

After stiff resistance from Buhari for a full devaluation throughout last year. With the president absent, last week’s move was seen as testing the waters for a broader weakening.

The central bank’s move came after the National Economic Council, an advisory body headed by the vice president, called for an urgent review.

“We believe the reform agenda is back on track,” said Bismarck Rewane, CEO of Lagos consultancy Financial Derivatives. “The reform agenda has always been there but is more visible now with the vice president,” he said.

The president’s office has posted pictures on social media of Buhari recuperating to allay rumors his health was worse than publicly acknowledged, though none have been published for more than a week.

For now, there is no clarity on when Buhari, from the predominantly Muslim north, will return.

Osinbajo’s leadership appears to have been accepted in the north, which under an informal deal with the Christian south should have its turn at the helm of power.

And he has won praise from southerners who felt neglected by Buhari, visiting both the commercial capital, Lagos, and the oil producing Niger Delta on several occasions. Buhari has visited neither as president.

Local residents say militant attacks on pipelines in the Delta have fallen since Osinbajo promised to drag the region out of poverty in a flurry of speeches.

Moreover, Osinbajo has showed himself to be swift to act.

On one trip to Lagos’ international airport, he challenged officials on why the air conditioning and a luggage carousel were not working, and even inspected the toilets. The next day he fired the bosses of Nigeria’s civil aviation.

Aides to Osinbajo stress that he is acting with Buhari’s consent.

It is a message that Buhari loyalists are quick to reinforce. The president’s political adviser, Babafemi Ojodu, said the two men spoke every day.

“There is nothing that has been done since the vice president started acting that is not something that started far back in the past,” said Ojodu.