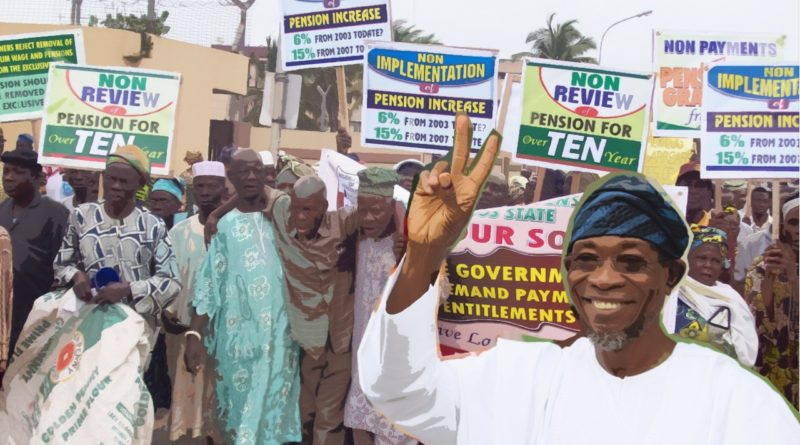 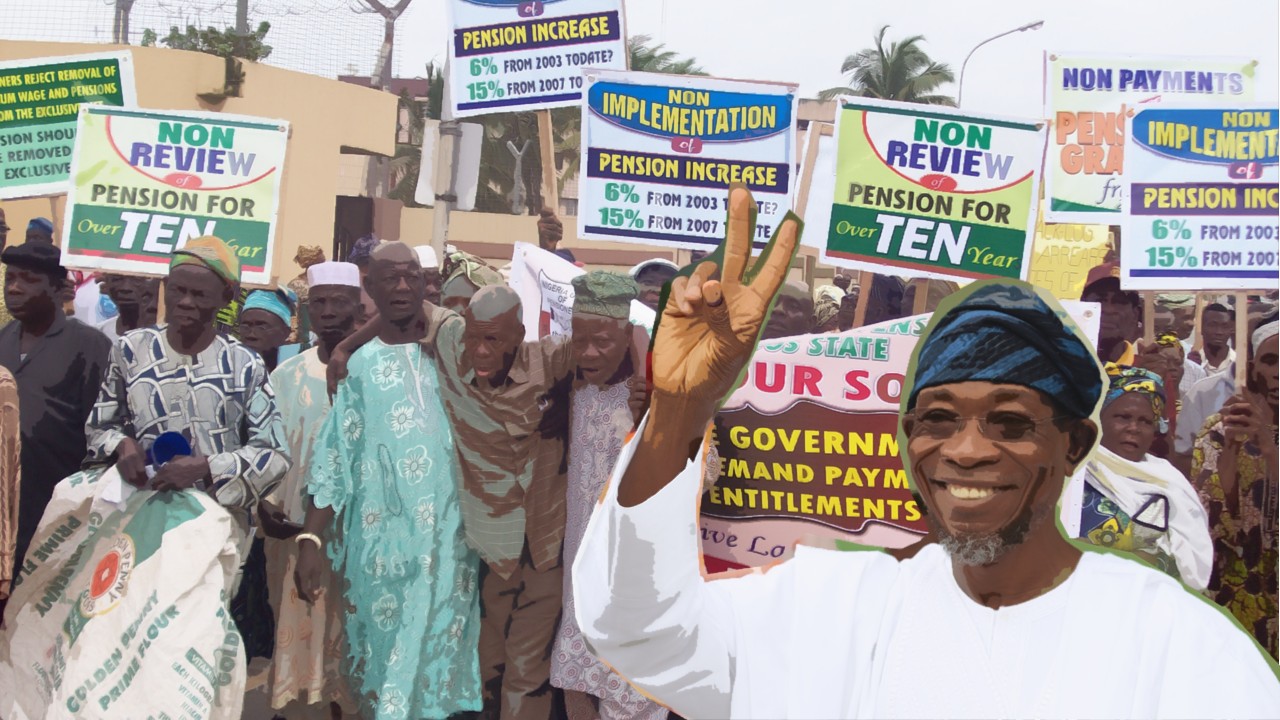 However, in the midst of all of this gloom came exciting news – magic, really – from nowhere else but beautiful Osun State.

Just a couple of days or so ago, news filtered in that the much maligned governor of that state, Rauf Aregbesola has paid pensioners the arrears of their long denied pension.

By the last count, Osun State was owing pensioners full pension arrears of eight months and half-pension for eighteen months. Early 2015, Osun received N34.9 billion credit. In 2016, the same state got N13 billion in relief grants. Then last month, it got N11.7 billion as its share from the Federal government’s N522.7 billion refund from the Paris Club loans. The Federal government has disbursed the money to all State governments specifically for the payment of salaries and pensions.

It was from this latest tranche that the Osun State governor paid some outstanding salaries and pensions. In other words, Ogbeni did not generate the funds himself through hard graft or any other clever internal means. And even at that, the governor only paid three months worth of arrears.

But that is not even the exciting news!

The incredible thing is that those long-suffering pensioners that got some of their pension money promptly threw their governor, a thank-you street party complete with marching and dancing procession.

First, the freshly paid pensioners got together and strategized. In short order, they put resources together and hired a few things: a dilapidated bus, some canopies and a public address system. Then they set up a twitter account. After this, they commissioned the printing of a huge PVC banner and blazoned across it their message, #Pensioners With Ogbeni#.

It wouldn’t be a proper Nigerian throwdown without Asọ Ẹbi of course. So the pensioners got brand new dazzling and sparkling brownish-red attires complete with bright yellow geles and caps. Their slippers, well polished. (By the way, what are the State colours of Osun?)

They also got two boxes of biscuit and a cartoon of bottled water. Finally, the pensioners invited the governor, some Party officials and the local media to come partake in their celebration.

Man, you’ve got to love it. If that’s not some kind of magic, I don’t know what else is.

For those who might not know, Osun was the first and only state to unfurl something called “Internally Displaced Pensioners camp.” Apparently, it was a kind of makeshift siddon-look outpost for long suffering and destitute pensioners. Furthermore, it has been reported that since this non payment of pensions imbroglio took hold, 236 pensioners have died due to hunger and ill-health.

Hmm…Sometimes, even as a public commentator, words fail you.

Scarce resource that is obviously needed elsewhere and sorely needed by the (poor) people is being incompetently wasted again to massage one man’s ego. Orisha have mercy!

The only thing left to look out for now is the students of Ladoke Akintola University of Technology, LAUTECH, who have been locked out of their school indefinitely since June 2016 to also throw the Ogbeni governor another street party with their saved up, unspent tuition fees and induct the governor into one of their more famous confraternity.