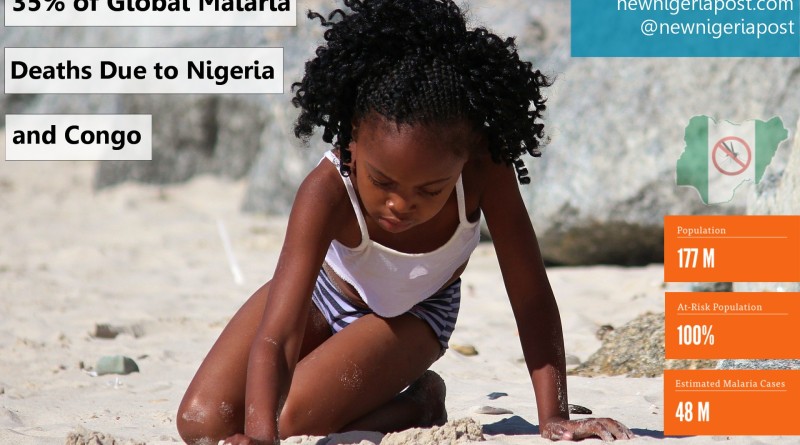 World Health Organisation on Malaria said that Nigeria and Democratic Republic of Congo, accounted for more than 35% of global malaria deaths in 2015.

However, the report,World Malaria Report 20015, also signalled that country progress in the path to malaria elimination.  New estimates from WHO show a significant increase in the number of countries moving towards malaria elimination, with prevention efforts saving millions of dollars in healthcare costs over the past 14 years in many African countries.

Across sub-Saharan Africa, the prevention of new cases of malaria has resulted in major cost savings for endemic countries. New estimates presented in the WHO report show that reductions in malaria cases attributable to malaria control activities saved an estimated US$ 900 million in case management costs in the region between 2001 and 2014. Insecticide-treated mosquito nets contributed the largest savings, followed by artemisinin-based combination therapies and indoor residual spraying.

“Since the start of this century, investments in malaria prevention and treatment have averted over 6 million deaths,” said Dr Margaret Chan, WHO Director-General. “We know what works. The challenge now is to do even more.” Country-level and regional progress in malaria control is reflected in global disease trends. Since 2000, malaria incidence and death rates have fallen by 37% and 60%, respectively, around the world. Among children under five, malaria death rates have declined by 65%. An estimated 6.2 million deaths have been averted since 2000.

According to the report, Target 6C of the Millennium Development Goals—which aimed to halt and reverse the global incidence of malaria between 2000 and 2015—has been achieved. Substantial progress has also been made towards the 2005 World Health Assembly target of a 75% reduction in the global burden of malaria by 2015.

Progress has resulted, in large part, from the massive deployment of effective and low-cost malaria control interventions. Since 2000, nearly 1 billion insecticide-treated mosquito nets have been distributed in sub-Saharan Africa. By 2015, about 55% of the population in this region was sleeping under mosquito nets, up from less than 2% coverage in 2000.

Rapid diagnostic tests have made it easier to swiftly distinguish between malarial and non-malarial fevers, enabling timely and appropriate treatment. A sharp increase in diagnostic testing for malaria has been reported in the WHO African Region: from 36% of suspected malaria cases in 2005 to 65% of cases in 2014. Artemisinin-based combination therapies (ACTs), introduced widely over the past decade, have been highly effective against P. falciparum, the most prevalent and lethal malaria parasite affecting humans.

An estimated 663 million cases of malaria have been averted in sub-Saharan Africa since 2001 as a direct result of the scale-up of three key malaria control interventions: insecticide-treated mosquito nets, indoor residual spraying and artemisinin-based combination therapy. Mosquito nets have had the greatest impact, accounting for about 68% of cases prevented through these interventions.

Despite progress, significant challenges remain. Globally, about 3.2 billion people—nearly half of the world’s population—are at risk of malaria. In 2015, there were estimated 214 million new cases of malaria, and approximately 438 000 deaths.

Fifteen countries, mainly in Africa, account for most global malaria cases (80%) and deaths (78%). According to the report, these high burden countries have achieved slower-than-average declines in malaria incidence (32%) compared to other countries globally (53%). In many of these countries, weak health systems continue to impede progress in malaria control.

Millions of people are still not receiving the services they need to prevent and treat malaria. In 2014, approximately one third of people at risk of malaria in sub-Saharan Africa lived in households that lacked protection from mosquito nets or indoor residual spraying.

Other key findings from the report

First Malaria Vaccine to be Piloted 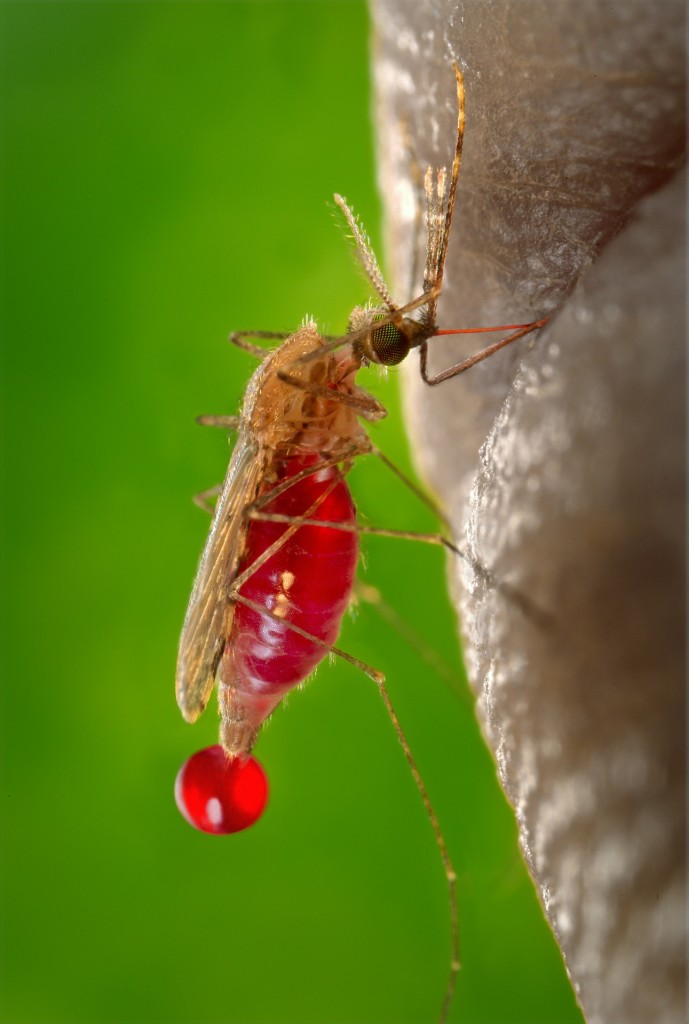 On 23 October 2015 Geneva, WHO’s Strategic Advisory Group of Experts on Immunisation (SAGE) and the Malaria Policy Advisory Committee (MPAC) jointly recommended pilot projects to understand how to best use a vaccine that protects against malaria in young children. “This was a historic meeting with two of WHO’s major advisory committees working together to consider current evidence about this vaccine,” said Professor Fred Binka, acting chair of MPAC.

“The committees agreed that pilot implementations should be the next step with this vaccine.”The vaccine, known as RTS,S, is the first vaccine for malaria, but there is one primary question. It requires four doses for a child to be fully protected and therefore requires additional contacts with the health care system. The first three doses are given one month apart followed by an 18-month pause before the fourth dose. Without the fourth dose, children had no overall reduction in severe malaria.

“The question about how the malaria vaccine may best be delivered still need to be answered,” said Professor Jon S. Abramson, chair of SAGE. “After detailed assessment of all the evidence we recommended that this question is best addressed by having 3-5 large pilot implementation projects.” The malaria vaccine, RTS,S, acts against P. falciparum, the most deadly malaria parasite globally, and the most prevalent in Africa.