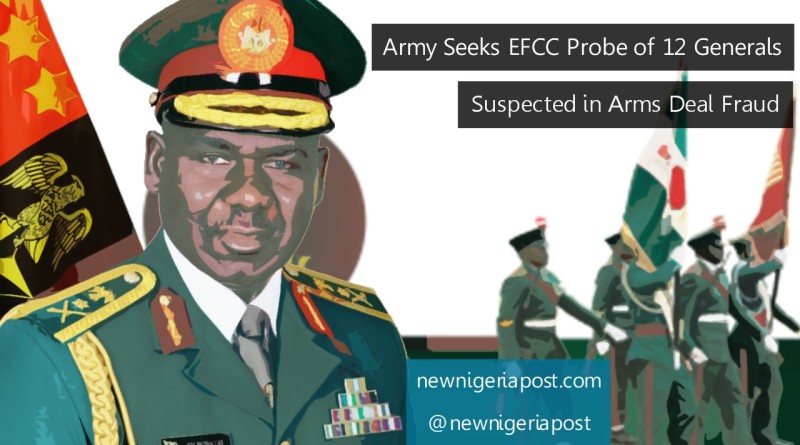 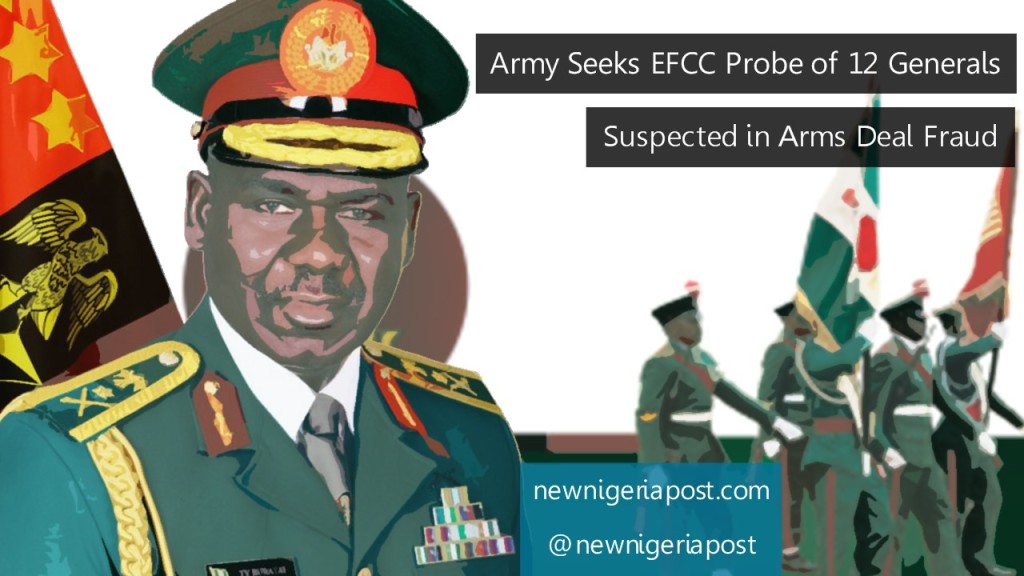 The Nigerian army have handed over 12 senior officers to the anti-corruption agency EFCC for their alleged involvement in the arms deal scandal.

The army said that if EFCC is able to uncover sufficient evidence against the 12, they will be indicted and tried in a special military court.

The probe into the arms deal scandal began last year when Buhari started a Presidential enquiry.  The enquiry quickly turned into a scandal when it was found that fake contracts worth $2bn (£1.3bn) were awarded by the previous administration.

The central allegation is that public funds, which was intended for the purchase of  arms to fight Islamist group, Boko Haram, was diverted to other purposes.

At the centre of the scandal is the former national security adviser, Sambo Dasuki, who was charged in December and remains in custody.