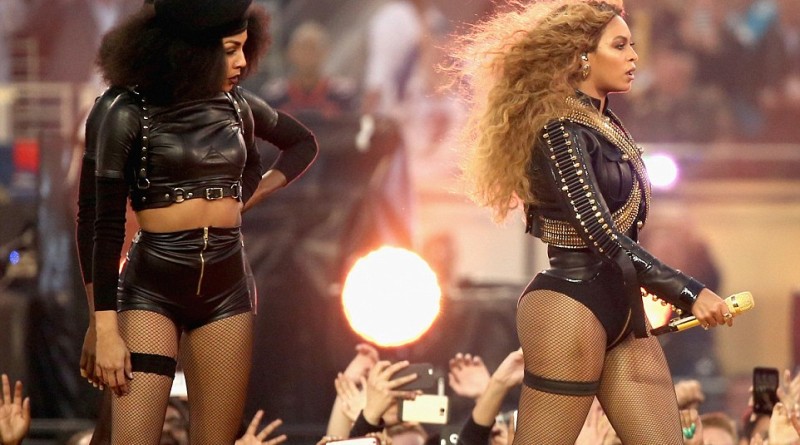 Beyonce issued a strong political statement with her halftime show at Super Bowl 50 on Sunday with backing dancers dressed as members of armed civil      rights group the Black Panthers.

The superstar brought the dancers on for her new single Formation which is being widely touted as a rallying cry for the Black Lives Matter movement.

At one point during the song, the supporting performers formed an ‘X’ on the field – thought to reference black rights campaigner Malcolm X – and then raised their arms in the air in a gesture referencing the black power salute by Tommie Smith and John Carlos at the Australian Olympics.

Following the show, several of the dancers were pictured giving the same salute around a piece of paper that reads ‘justice 4 Mario Woods’ – a black man shot dead by police in San Francisco last December. Afterwards Beyonce said that she ‘wanted people to have love for themselves’.