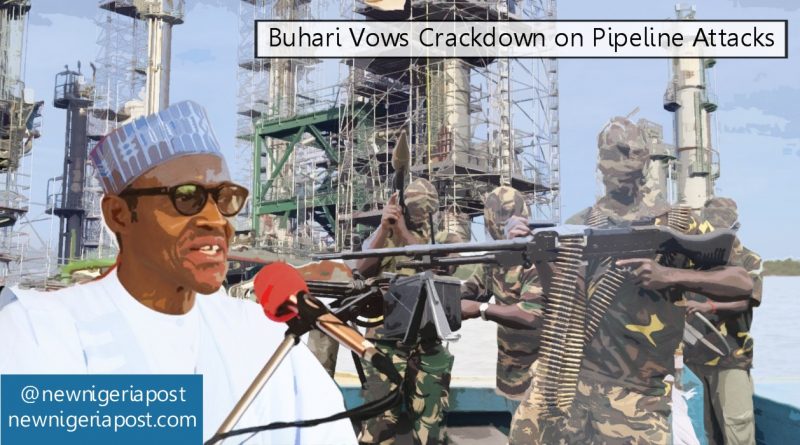 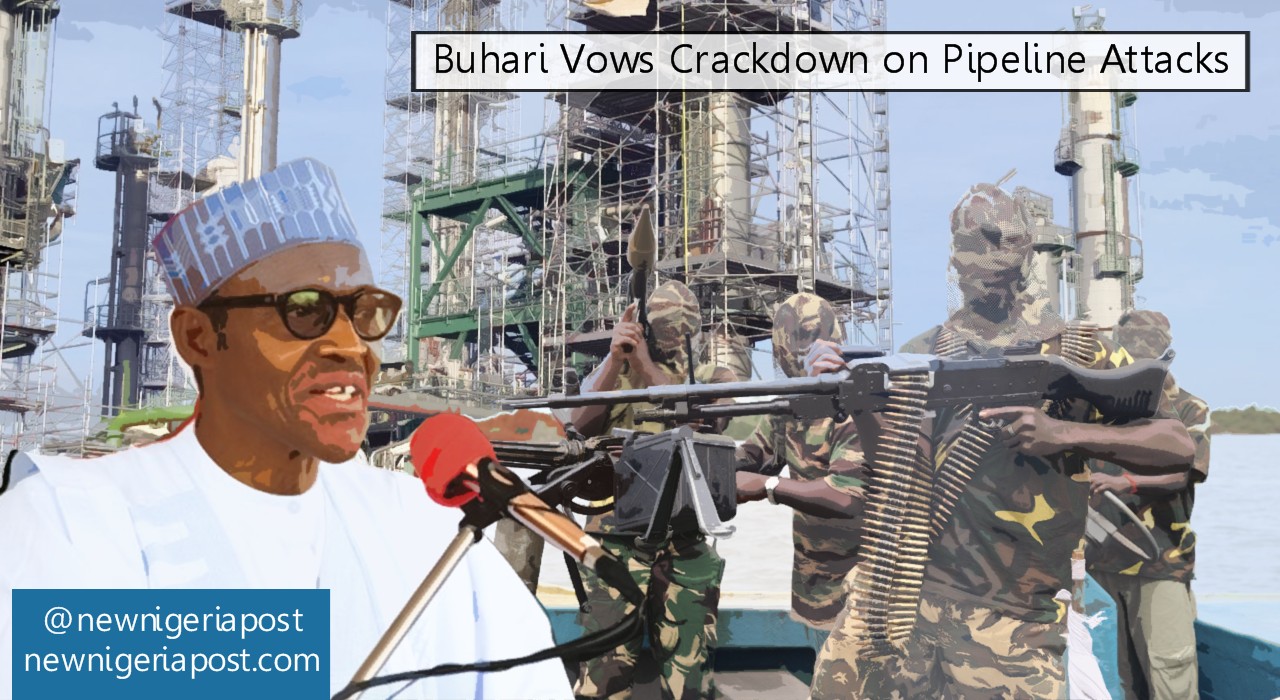 Nigeria will crack down on groups responsible for recent pipeline attacks in the oil-producing Delta region, President Muhammadu Buhari said on Wednesday.

Pipeline attacks and violence have been on the rise in the southern swampland since authorities issued an arrest warrant in January for a former militant leader on corruption charges.

“We will deal with them the way we dealt with Boko Haram,” Buhari said during a visit to China, referring to jihadists who have been waging an insurgency to set up an Islamic state in the north.

The army has recaptured much of the territory Boko Haram had held since Buhari took office in May 2015, though the group still stages suicide bombings.

“I hope this message will reach the vandals and saboteurs who are blowing up pipelines and installations,” he said.

Last month gunmen blew up an oil pipeline belonging to Italy’s ENI in the Delta, a region which provides much of Nigeria’s oil production, killing three workers, according to officials.

In February militants staged a sophisticated underwater attack on a Shell pipeline, shutting down the 250,000 barrel-a-day Forcados export terminal.

Buhari has extended a multi-million dollar amnesty signed with militants in 2009, but he has upset them by ending generous pipeline protection contracts.

Addressing Nigerians living in China, Buhari also asked for patience for his plans to end endemic graft and to diversify the oil economy.

The former military ruler was elected last year on a ticket to “fix” a country stricken by mismanagement. His government has come under fire for fuel shortages and a lack of action as the 2016 budget has been held up by wrangling with parliament.

“We hear proposals for short cuts or quick wins,” he said. “However, all we need to do is look at our history to know that there are no quick wins or short cuts in fixing Nigeria.”

A slump in oil revenues has whacked public finances in Africa’s biggest economy. Buhari has also faced criticism for rejecting a devaluation of the naira, which analysts have said deters investment.

“Clearly, our vision of a diversified and inclusive economy will not be achieved overnight,” he said. “It will be a long, and in some cases, painful journey.”