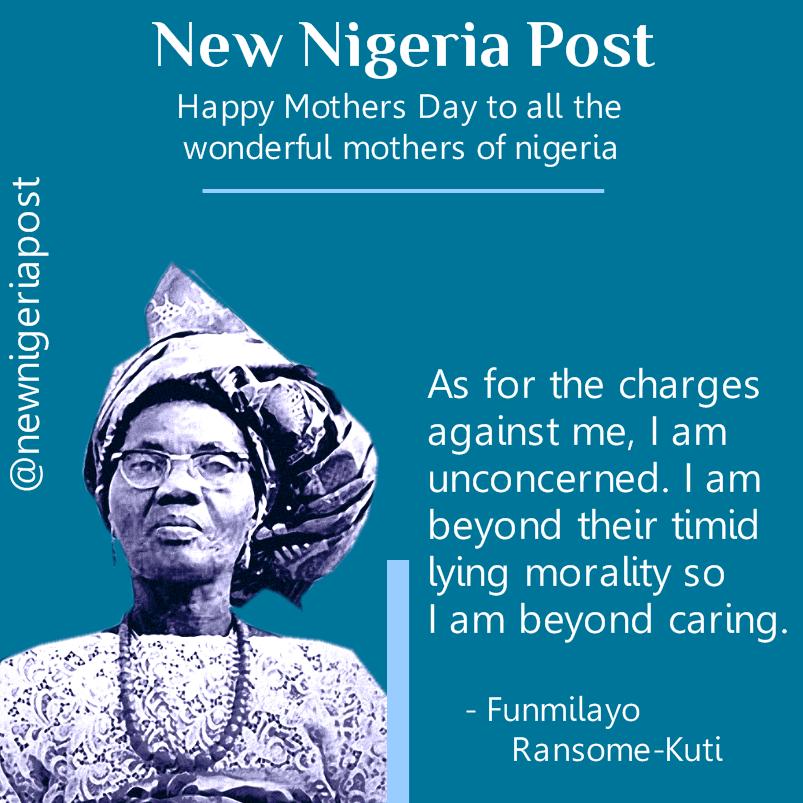 Today, on Mother’s Day 2016, we celebrate all mothers via the ‘mother of Africa’, Funmilayo Ransome-Kuti, aka, “Lioness of Lisabi”.

Funmilayo Ransome-Kuti (1900–1978) was born in Abeokuta, in present-day Ogun State, Nigeria. She was one of the first women to attend Abeokuta Grammar School in 1914, where she would go on to teach.

In 1919 she left for Wincham Hall School for Girls, Cheshire, England, to pursue her studies. By the time of her return to Nigeria in 1922, no doubt in reaction to the racism she had encountered in Britain, she had dropped her Christian name, Frances Abigail.

She soon became associated with some of the most important anti-colonial educational movements in Nigeria and West Africa, and fought tirelessly to further women’s access to education and political representation.

Ransome-Kuti’s political activism led to her being described as the doyen of female rights in Nigeria, as well as to her being regarded as “The Mother of Africa.” Early on, she was a very powerful force advocating for the Nigerian woman’s right to vote. She was described in 1947, by theWest African Pilot as the “Lioness of Lisabi” for her leadership of the women of the Egba clan, campaigning against arbitrary taxation. That struggle led to the abdication of the Egba high king Oba Ademola II in 1949.