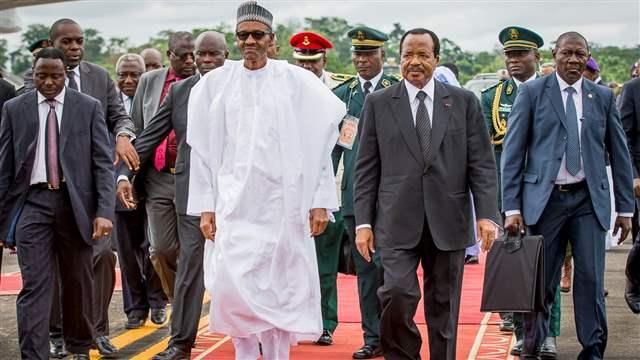 China Pledges $60 Billion Investment in Africa.  In a speech at the Forum on China-Africa Cooperation, China’s President Xi Jinping told African presidents that his country would provide $60 billion over three years to fund development on the continent.

Xi, who is co-chairing the summit where several African heads of state including President Buhari, are attending, outlined a broad ten-point development plan driven by the Asian economic giant, saying he wanted to build a relationship of equals.

“To ensure the successful implementation of these ten cooperation plans, China decides to provide a total of $60 billion of funding support. – Xi Jinping, President of China

Nigeria could see significant investment, as Africa’s largest economy, with the potential to influence growth in other African economies.  The Buhari administration has made bold statements in terms of focussing on infrastructure development which seems to be in line with the Chinese proposals.   Xi said China would step up investment in factories manufacturing goods for export in Africa, in addition to building roads, ports and railways on a continent long seen as a major commodities source for China.

China would cancel existing debts with zero interest loans for least developed countries that mature by end 2015, he said.China will strengthen its cooperation with Africa in the fight against violent extremism and would not interfere with the political choices of countries in the continent, Xi said.

“China will implement ten cooperation plans with Africa in the next three years,” Xi said. “These plans (are) aimed at addressing three issues holding back Africa’s development, namely inadequate infrastructure, lack of professional and skilled personnel and funding shortage.”Africans broadly see China as a healthy counterbalance to Western influence though Western governments charge China of turning a blind eye to conflicts and rights abuses on the continent as they pursue trade and aid policies there.

Amongst the agenda of the Nigerian delegation is the 3,050 megawatts Mambila Power Station is a key project President Buhari is expected to discuss, the project was conceived in 1982 but has not progressed.  Buhari is expected to explores steps to get it moving.  In a statement, Garba Shehu, the Senior Special Assistant to the President on Media  and Publicity, said that the Chinese President had informed President Buhari of China’s willingness to finance the whole project through a special loan agreement.

Garba Shehu further said in the statement that “Of particular interest is the coastal railway project stretching for 1402 kilometers linking Lagos in the West with Calabar in the East; a project that is expected to be financed with 12 billion U.S Dollars Chinese loan and which will create about 200,000 jobs.

The Nigerian delegation are the Ministers of Foreign Affairs, Geoffrey Onyema; Minister of Transport, Chubuike Amaechi; and the Minister of Industry, Trade and Investment, Okechukwu Enelamah.

The announcement of significant investment is a boost for the Buhari administration who have been facing public complaints about excessive overseas travel.