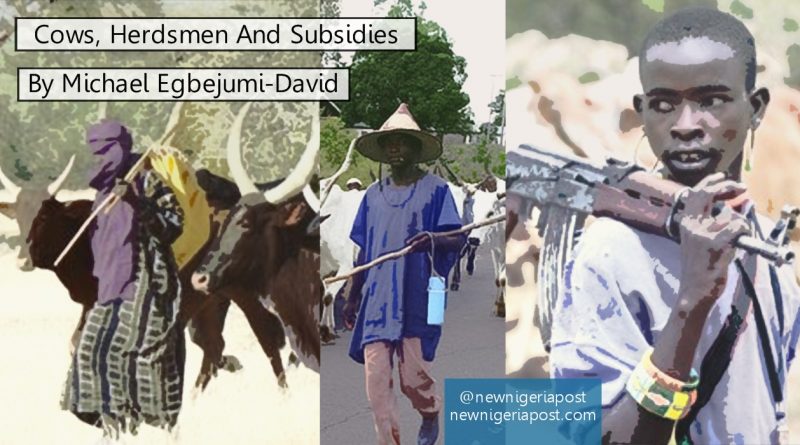 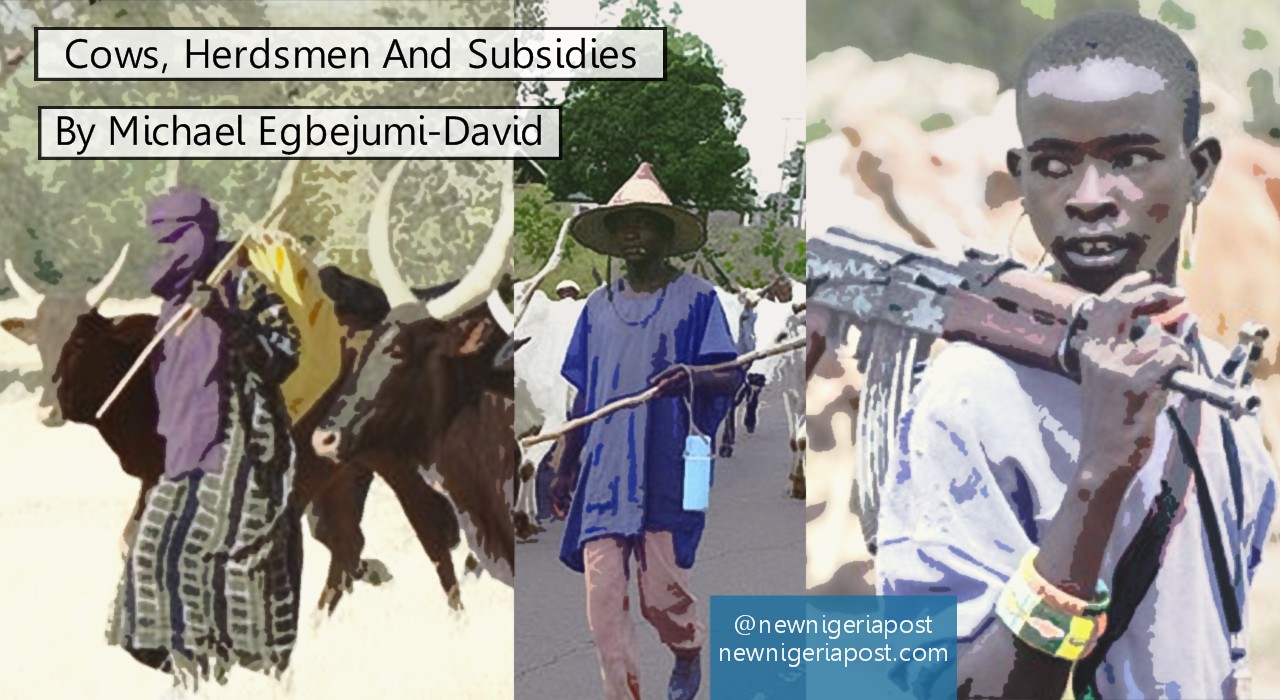 I am of the view that cattle herding through our countryside, towns and cities is one of the adorably unique characteristics of the Nigerian landscape; one of the cute peculiarities that defines us. I think that it is a charming and endearing sight: the lonely herdsman amidst his languidly wandering cattle.

Sadly, I’ve come to realise that time has passed by that quaint culture and practice. Moreover, I returned to Nigeria and found cattle herdsmen totting AK47s. Oh oh! That certainly took away from the idyllic nostalgia I had carried in my head.

It is clear that something went awry many years ago. Livestock (including cattle) farming accounts for one-third of Nigeria’s total agricultural GDP. I suspect that the narratives we’ve heard and read so far on the menace of the marauding herdsmen have been largely one-sided. I wonder whether the nomadic herdsmen are reacting to what they see as, or interpret to be hindrance and persecution…and that is where education and the use of modern technology and practices come in.

Climate change and draught has meant cattle herders continue to roam farther out in search of pasture. However, their search has brought a concomitant trail of misery and destruction for others, their farms and their livelihood.

In virtually the rest of the world, cattle farmers buy expansive ranches and acquire huge lands to afford their livestock enough space to roam all year round. The farmers also provide enough feeds and grass for their cattle. The same is done for horses, etc. I think it is called animal husbandry.

In Nigeria, it is pretty obvious that the vast majority of cattle herders are hired hands. Some big-time cattle farmers own those cows and sheep. Cows and sheep must eat and exercise, so people are hired to lead them on grazing expeditions to where food (grass) can be found. And that is when conflicts often happen.

After some inelegant hide and seek over a few months, this government has finally stepped in. But the government chose to step in kicking the doors off the barn! For starters, it appears Nigerian grass is not nutritious enough. So the government somehow found enough dollars to import Brazilian grass for our cattle farmers as our cattle finally joined the long list of imported food connoisseurs.

But that is not enough. The cattle must go to where the grass is; not the other way round, and the government is going to make sure of this. How? First, the government will provide direct funds for the provision of boreholes and water reservoirs for the exclusive use of nomadic cattle herders. Then it will forcefully acquire farmlands from private citizens and landowners in all 36 states of the country for cattle herdsmen to do their thing.

That is not all.

Once farms and lands have been forcefully acquired for cattle grazing, all other activities like hunting, tree felling and so forth by natives of the local community will be banned. To cap it all off, legal challenges to such acquisitions will be severely restrained – even enforcement of court judgements, if obtained, will have to be formally approved by the Attorney General of the Federation.

Hmmm…This is where we all take a deep breath.

You wonder why the government is not doing the simple and the obvious by encouraging cattle farmers to modernise and to enter into pastoral or grazing lease/agreement with landowners and local communities. Perhaps it is because in Nigeria, the big men always seem to win. As with petroleum, the government has chosen to subsidise the big-time cattle farmers. We all know who they are: President Buhari; Abdusalami Abubakar; Obasanjo; Murtala Nyako; Adamu; Alhaji Kure, a former governor of Niger state, etc, etc.

This is almost as good as it gets: It is government funding people’s personal religious pilgrimages all over again. In Nigeria now, all you have to do is find a little money, buy some cattle, and the government will fund the rest of the business for you.

Mine and your taxes will go to support big time cattle farmers’ private business. Then, mine and your land will be taken off us for their benefit and we will not even have legal recourse. The government has already imported grass for them free of charge. Now, cattle farmers will be financially and legally supported to graze and exercise their cattle throughout the length and breadth of the country. The government has no plans whatsoever to tax or ask them to modernise their trade.

This is not just conjecture. A bill to this effect has quietly and efficiently passed its second reading at the National Assembly. It is called, “The Fulani National Grazing Reserve Bill.” It is sponsored by Hajiya Kure, a former First Lady of Niger State.

After its imminent third reading, the bill will be passed on to Aso Rock for Buhari to append his signature and formally make it the law of the land.

Technology reigns supreme and life processes evolve all the time. Human efficiency improves as the world gets smaller and better. It is for this reason that every nation got on the information superhighway. But we shall show them all; we’ll build our very own cattle grazing superhighway. That’s progress!