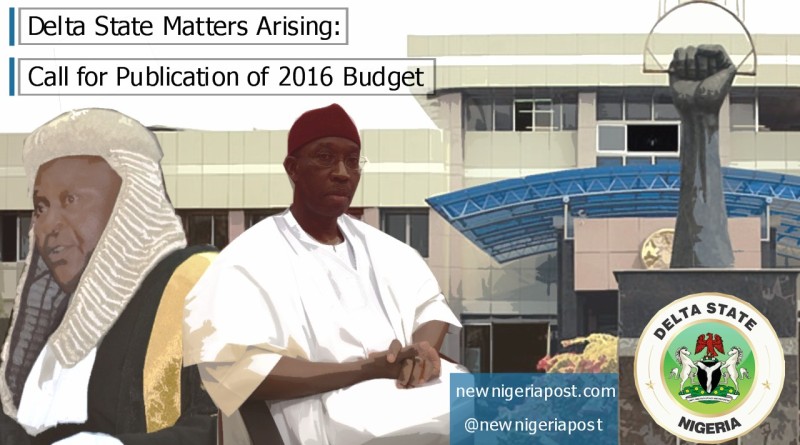 CON demands publication of Delta State Budget, State’s position on the Maritime University Cancellation and enforcement of Community Policing to curb further kidnappings in the State… 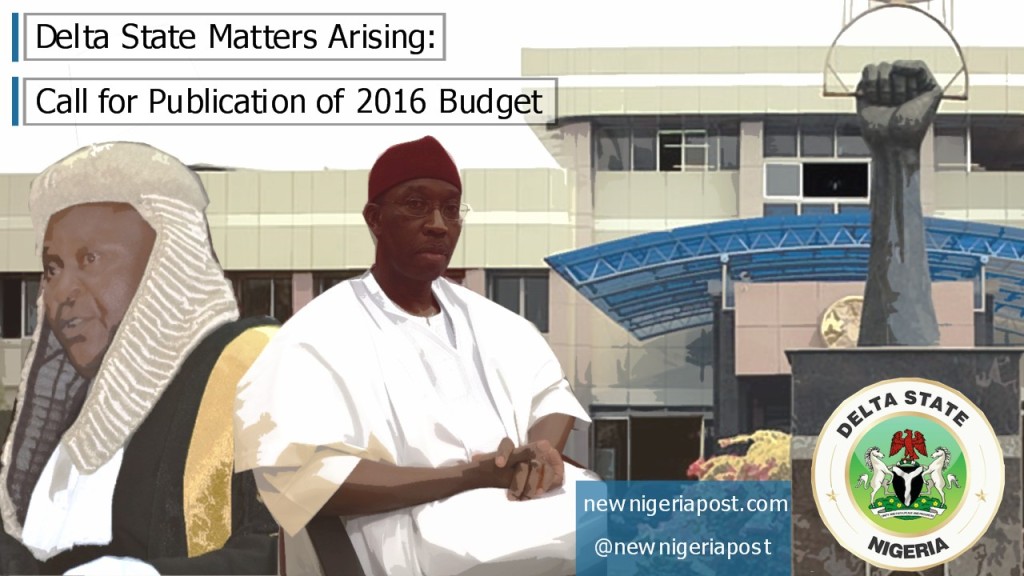 It has become imperative for Change Organisation Nigeria (CON) to join thousands of other Deltans in demanding for transparency and solutions to the new developments arising from Delta State.

Five weeks after the 2016 budget appropriation bill became law, Deltans are yet to have access to this important document of theirs. It is unfortunate that Delta State government under Gov. Ifeanyi Okowa has chose the path of secrecy thereby raising suspicion over his sincerity in managing the affairs of the state for the next four years. By deliberately depriving Deltans access to a supposedly public document, one begins to imagine what should be expected in the next three years.

While it is expected for such a document to be published in the open for public scrutiny, as is the standard practice, the Sen. Ifeanyi Okowa led government has done otherwise therefore raising suspicion over the level of transparency Deltans will expect from his government.

Deltans deserve to know how their revenues will be expended, they deserve to know; what and what projects are to be executed in the year 2016, which and which community will have water supply, new roads, electricity, drainage, etc. Which among the ongoing polytechnics will take off, will the ongoing youth empowerment programmes be repeated in 2016, etc? The State governor, by pronouncement, proposed a 90% internally generated revenue (IGR) increase in the year 2016. Deltans deserve to know how this will be achieved. We need to see figures.

These and many more questions are begging for answers on the budget.

CON, as the rest of other Deltans also demand for the strategic design and entrenchment of community-like policing as the best form of curbing the shameful kidnappings in the state. Communities should participate in the business of security. Never in the history of Delta State has a people become so unsafe that a royal highness could be kidnapped and killed in our own Delta State. It is an unprecedented embarrassment that puts so much question as to how secure Deltans are in the hands of the new administration. This is a threat to our very own existence and we call on the state government to develop a proactive strategy in providing security at the community level, independent of the Nigerian Police Force. If a King could be kidnapped and killed, and another kidnapped again, all in the same state, then who is safe in the state?

It is equally worrisome to state that the Delta State government has remained indifferent on the issue of the purported cancellation of the Maritime University in the State by the Federal Government. We call on the state government to take a position on this issue and do everything possible to see that the decision by the federal government is reversed.

CON is hereby calling on Delta state Government to make public its 2016 budget, entrench community policing and take every action possible to see that the decision of the Federal Government is reversed on the cancellation of the Maritime University in the state.