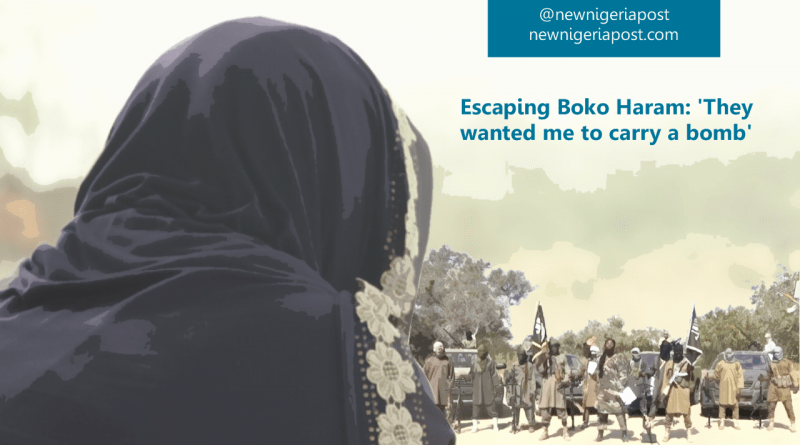 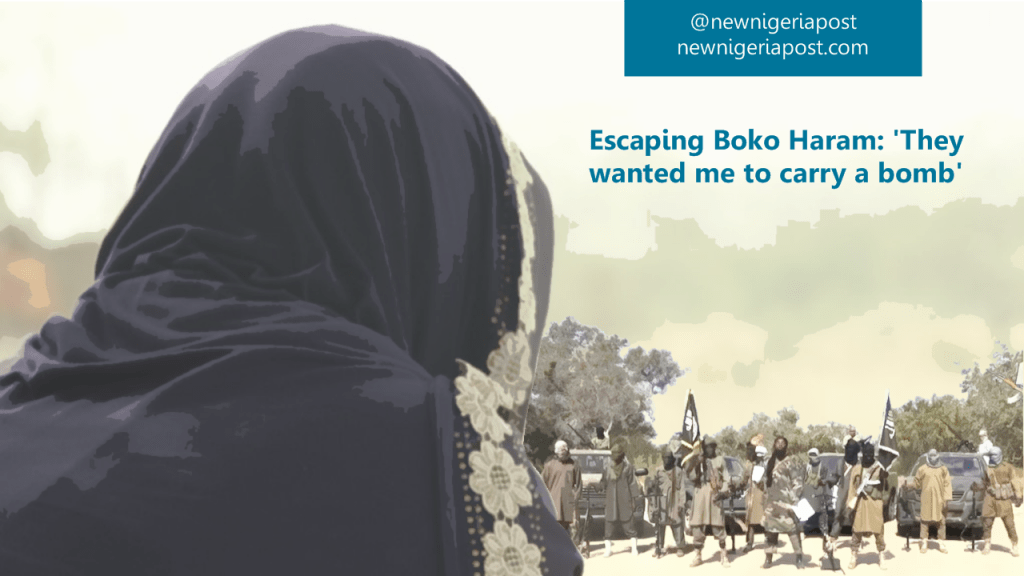 Girls as young as 12 are being used by the Nigerian militant group Boko Haram as female suicide bombers.

On Tuesday 9 February, two Nigerian girls entered a camp for displaced people in the country’s north-east. Minutes later they detonated their explosive vests, killing 58 people. A third girl refused to take part in the suicide mission for Islamist militant group Boko Haram. This is her story.

She had been held by Boko Haram for more than a year when her captors suggested the plan to attack the Dikwa camp.
In return for carrying out their mission, the three girls were told they would go to paradise.
But Hauwa knew that she had to defy them.

“I said ‘No’, since my mum is residing in Dikwa, I won’t go and kill people there. I would rather go and stay with my family, even if I die there,” she tells me through a translator.

Both her parents and her siblings, except for one brother who had been captured with her, were staying in the camp at Dikwa in Borno state, along with about 50,000 others forced from their homes.

The Dikwa camp is home to tens of thousands of people

Hauwa explains how she ended up being lured into joining the group.

“I had spiritual problems and so the Boko Haram told me they could help get rid of them,” she says.
We do not know exactly what Hauwa was suffering from, but these so-called “evil spirits” had caused her to soil herself and even put her hand into a fire.

Whatever the reason, she saw Boko Haram as the answer to her problems, and they took her in.

She remembers a typical day living with the militants.

“We were living in grass-thatched houses. When my husband was around, I cooked three times a day… the men would steal meat and bring it for us to cook.”

After a while, Hauwa separated from her husband and then got remarried.

Her second husband then ran away and when she refused to take a third husband, the group suggested their plan:

“They said since I refused to re-marry, I should take the bomb,” she says.

The Dikwa camp for internally displaced persons (IDPs) was 85km (50 miles) north-east of Maiduguri, the state capital of Borno and the birthplace of Boko Haram.

Hauwa knew it well and it was not far from the place she was being held by the militants, so the night before the attack was due to take place, she sneaked out very early in the morning.

Her plan was to alert her family and others staying at Dikwa of the impending attack.

But she was too late.

By the time she reached Dikwa camp, the two suicide bombers had already struck.

An army officer showed the BBC team the scene of the attack.

“This is the spot where the first explosion went off,” he said pointing to brown patches on the tarmac, where blood stains had been darkened by a layer of dust.

The camp stretches across both sides of the road and so residents still have to pass the scene of the attack every day to get water and food.

There are 15,000 people still living here and they are scared.

But they have nowhere safe to go, so they are staying here.

Now, they say they cannot trust anyone, not even children.

An elderly woman, Falmata Mohammed, remembers the minutes before the attack.

“A soldier was trying to arrange our queues… There was this woman wearing a red veil and she had long hair.”

For parents in this part of Nigeria, the fear of Boko Haram is all too real.

The group is prepared not only to abduct their children, but to send their own young back as assassins in the very places they have sought refuge.

This is the same state where Boko Haram kidnapped more than 200 schoolgirls from the town of Chibok in April 2014. Most of them are still missing.

Hauwa chose to defy the group and to escape, saving her own and the many lives of her would-be victims.

We talk about her future, but when the topic of children comes up, she laughs it off.