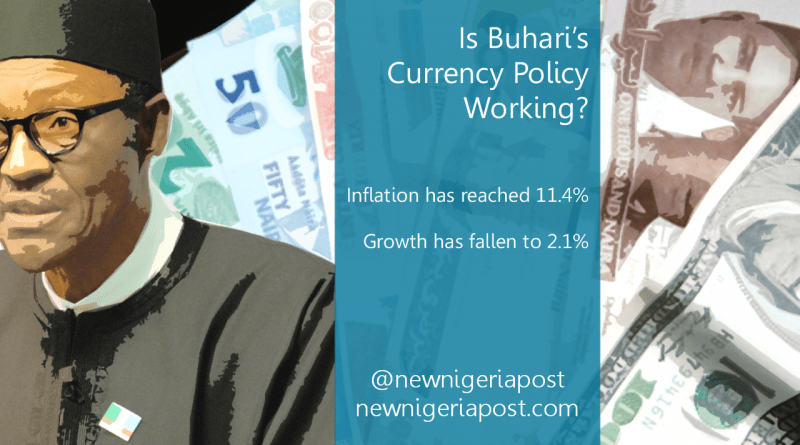 Mutterings of discontent are growing louder in Nigeria’s street markets. The price of a bag of rice has surged by 12.5% in the past month. Supplies of bread have dwindled after bakers turned off their ovens to protest about the rising cost of flour. The rich lament that milk is missing from supermarket shelves. The poor complain about the price of garri(cassava flour). A fish importer estimates that 70m Nigerians can no longer afford his wares.

Such are the symptoms of Nigeria’s foreign-exchange crisis. Africa’s most populous nation exports oil and imports nearly everything else. As oil prices have collapsed, Nigeria’s foreign earnings have tumbled with them, putting huge pressure on the naira. Yet President Muhammadu Buhari refuses to allow the naira to devalue, fretting that this would fuel inflation. Economists point out that a weaker currency would simply reflect that Nigeria is poorer now than it was when oil was above $100 a barrel. He ignores them.

Since Mr Buhari came to power in May, the central bank has kept the official exchange rate artificially strong and restricted the supply of dollars. It refuses to release any for imports of a range of goods including meat, margarine and toothpicks.

The policy is not working: inflation hit 11.4% in February and growth has fallen to 2.1%. Factories are closing down for lack of supplies and the managers of those still running spend much of their time trying to find things to sell abroad to raise dollars, such as gold jewellery or gum arabic. Most have been pushed into the black market, where they pay about 60% above the official rate unless they are lucky enough to get some of the $200m or so released each week by the central bank. That the bank has the power to hand out subsidised greenbacks naturally invites corruption. An executive at a big importer says its budgets now include a 30% “premium” to be paid to central bank officials to get dollars.

Yet Buhari seems unlikely to change his mind. So senior members of his party are now pushing for some form of dual exchange rate. This would leave the naira’s official value unchanged, satisfying the president, while legitimising a parallel market that would supposedly be used for non-essential imports. In practice most currency flows would soon be made at this new market rate. This solution is far from optimal—the central bank window would be a continued source of corruption and patronage—but better than the status quo.

Without some flexibility on the currency, expect food shortages to worsen.