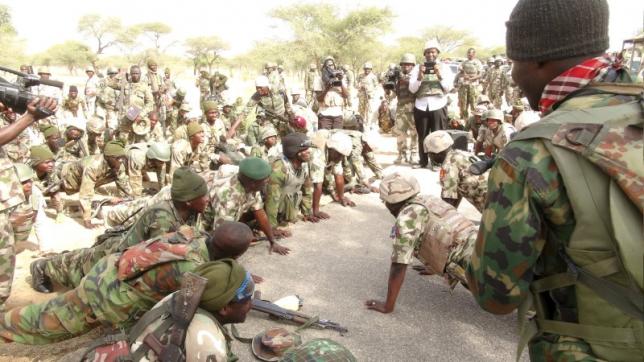 The four countries fighting the Boko Haram insurgency in West Africa’s Lake Chad region should unite behind a broader strategy to ease the poverty and climate change that are spurring millions to migrate to Europe, a U.N. official said on Monday.Nigeria, Niger, Chad and Cameroon have joined forces in the past four months to recapture some territory from the radical Islamist Boko Haram, U.N. Assistant Secretary-General Toby Lanzer told a news conference in Geneva.But all four states should also invest more in health, education, and social services and attract more foreign investment to expand regional trade and encourage development, which would undercut the appeal of migration, Lanzer said.There is increasing recognition that Boko Haram is a symptom of underlying economic and social problems and that a “one-pronged” effort to wipe out the group would not work, said Lanzer, the U.N. humanitarian coordinator for the Sahel, an arid region stretching across West Africa from Senegal to Chad.”There needs to be a strategy for the Lake Chad region … drawn up by the four governments, and it needs to address the development issues, how to resolve abject poverty, how to provide opportunities for members of the youth,” Lanzer said.”The population in the Sahel will increase by 150 million people in the next 30 years. That’s a very compelling reason not to allow this region to become any poorer or more marginalized or affected by climate change because at the end of the day, if people are poor or persecuted they will walk.”European governments needed to be aware of the risk of a surge in migration from the Sahel, where Lake Chad is drying up, 25 million people already suffer from food shortages and 700,000 children die each year from malnutrition, he said.Lanzer said that during a tour of the Lake Chad basin he had met mothers who told him the life choices of their sons ranged from becoming a human trafficker, a gun-runner, a criminal or an insurgent. Every week, 3,000 young men went through Agadez in Niger on the migration route to Europe.”When I’ve spoken to … youth, they are bored and disempowered. That is very dangerous. They are looking for things to do, to be a fisherman or farmer. They are really looking for opportunities.”(Reporting by Tom Miles; Editing by Mark Heinrich)