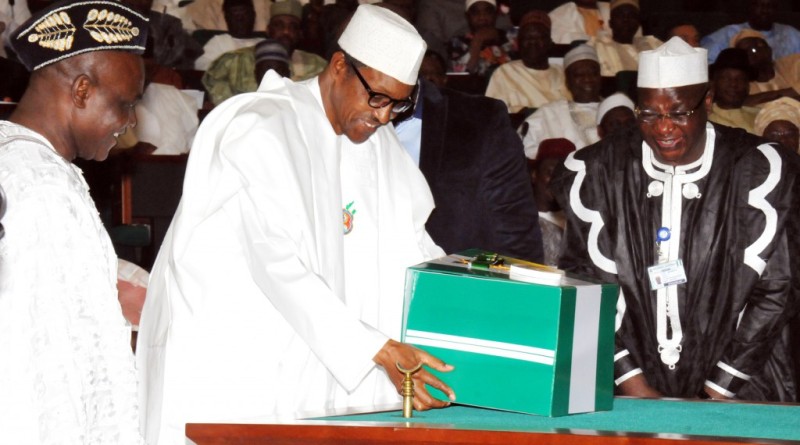 Nigeria plans to borrow up to $5 billion from multiple sources, including the Eurobond market, to plug its deficit as it tries overcome its worst economic crisis in years through a record budget, its finance minister said on Thursday.

Africa’s biggest economy and top oil producer is reeling from the fall in crude revenues, the source of 95 percent of foreign earnings, which has led to the naira hitting record lows on the parallel market amid dwindling foreign exchange reserves.

“Our total borrowing expectations are now at 1.8 trillion naira ($9.1 billion),” wrote Finance Minister Kemi Adeosun in an article by her entitled Nigeria’s Economy: The Road to Recovery, which was circulated by her ministry on Thursday.

“We hope to raise approximately $4.5 – 5 billion from multiple external sources. This includes multilateral agencies, export credit agencies and we are also planning to tap the Eurobond market,” wrote Adeosun, who became finance minister in November.

She said the government was “optimistic” that it would “receive the desired support” after cutting government costs and improving revenue collection.

Last month President Muhammadu Buhari presented a 2016 budget which states that total spending will be 6.08 trillion naira ($30.6 billion) and includes a tripling of capital expenditure to improve rail, road and power networks.

An amended version of the budget has since been submitted, although none of the estimates have changed.

Adeosun said the government was committed to its plans and would not reduce its infrastructure investments, adding that although the budget was based on an oil price of $38 per barrel there was enough flexibility for prices to be lower.

Last week the naira NGN=D1 – hit by a foreign exchange scarcity in the face of low oil receipts – fell to a record low of 305 to the dollar on the parallel market, compared with the official rate of 197.

The central bank has faced criticism for imposing a number of restrictions last year aimed at conserving foreign exchange reserves. It said January foreign reserves had fallen to around $28 billion, compared with $37 billion in June 2014.

The naira’s slump has prompted speculation that the currency may have to be formally devalued soon.

“The contentious issue of the exchange rate policy that will complement the fiscal policy of this administration will be a product of determining the real equilibrium exchange rate path of the naira,” wrote Adeosun.

“The finance ministry expects that the monetary policy authorities will be in a position to determine the steps required to put the currency in equilibrium after considering a number of variables,” she added.