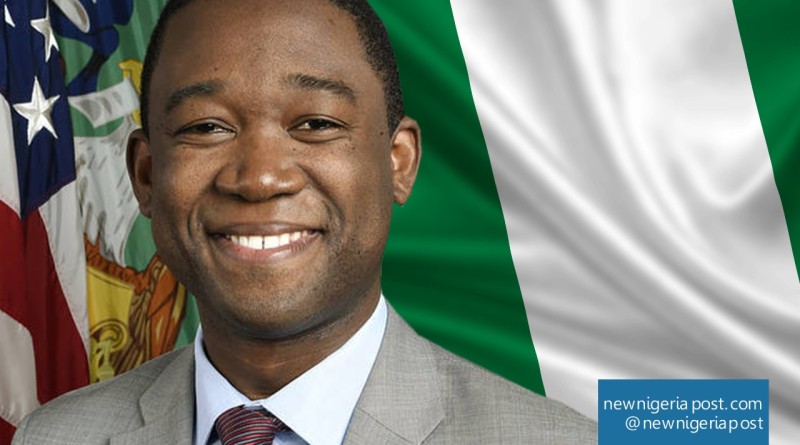 A Nigerian, Adewale “Wally” Adeyemo has been appointed by the United States Government as Deputy National Security Adviser.

Mr Adeyemo will work closely with the National Security Advisor, Susan Rice, as a senior aide in the Executive Office of the President, serving to advice the President on national security issues.  He may also participates in meetings of the National Security Council and the Principal Committee meetings with the Secretary of State and Secretary of Defence.

Adewale “Wally” Adeyemo …Who has served in my administration since 2009. At the Treasury Department, he was part of the team that helped coordinate our response to the global recession, laying the foundation for renewed growth at home and abroad. He helped establish the Consumer Financial Protection Bureau, and he’s been our point person on a range of international economic issues, including negotiations on strong currency agreements around the Trans Pacific Partnership. I will be calling on Wally’s intellect, judgment and dedication as we sustain America’s global economic leadership, which reinforces our national security, and as we work with allies and partners around the world to create jobs and opportunity for all our people.

Mr Adeyemo was previously the Assistant Secretary for International Markets and Development, Department of the Treasury, appointed by Obama in November 07, 2014.

The Nigeria government should be seeking out such individuals to encourage them to bring their expertise and experience for the development of Nigeria, even in a voluntary capacity, such an individual could provide training and development support to strategic post holders at the Federal level.  The issue of brain-drain is very current and is partly a cause of the ongoing poor progress in development.  There are many such individuals who are eminently qualified and with whom our government can have a beneficial relationship for the national good.