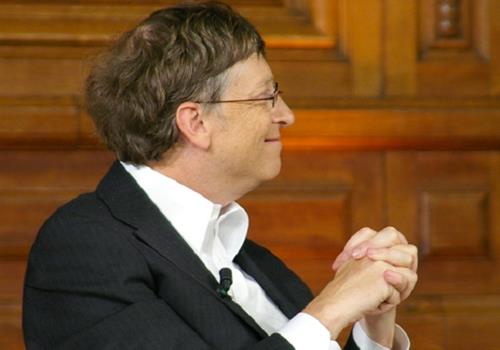 OVER A THIRD OF AFRICANS ARE EXCLUDED FROM THE FINANCIAL SYSTEM

Over a third of Africans are excluded from the financial system. Over two billion people are excluded from the financial system globally with Africa’s 350 million making part of that number.Rodger Voorhies, Director of Financial Services for the Poor at the Bill and Melinda Gates Foundation says there is need to include everyone in the financial system adding that “everyone benefits from an economy that includes everyone”.“The Bill and Melinda Gates Foundation is dedicated across all of its strategies to the concept that all lives have equal value, but unfortunately not all lives have equal opportunities,” Voorhies told CNBC Africa.“When we look at financial inclusive, we see that there are over two billion people left out of the financial system and in doing that there is no way for them to [in a] safe and secure way save and borrow when they have an emergency.”He also added that people were not statically poor but said, they rise and fall from poverty in their ability to absorb a risk and take advantage of opportunity.“For us it is all about financial inclusion to help buffer them against shocks and help them get a chance to take advantage of those opportunities,” he said.Voorhies says there is a need to utilise 21st century technological advancement to ensure poor people become part of the financial system.“In Africa about 350 million people are excluded but we think that with new technology, and new business models, especially with mobile, we think there is a way to drive financial inclusion. We are targeted at people with very low incomes; it is not that we are against SMEs but we believe if we believe a financial system that reaches to people who earn less than two US dollars a day we will be able to catch others along the way.”He also said the foundation has done a lot of work on the impact of going digital.Addressing financial inclusion in AfricaFigures from the World Bank show that in Sub-Saharan Africa, three quarters of the world’s poorest 40 per cent do not have an account of any kind.“We realised that by going digital we will be able to reduce costs… by 90 per cent. East Africa has been leading as far as the use of mobile money services is concerned. This growth has been spurred by enacting of the right regulation which allowed new players to come into the market.”He added that countries like Nigeria could take lessons from East Africa where mobile money interventions have been a success.“There are over 65 million people using mobile money services across Africa. In Tanzania over the last four years, for example, financial inclusion grew from 17 per cent to over 40 per cent largely due to the use of mobile money services,” he said.“Nigeria needs to look at its financial service regulation regime that will factor half of the populace currently excluded in the financial system.”

Source: Over a third of Africans are excluded from the financial system – CNBC Africa