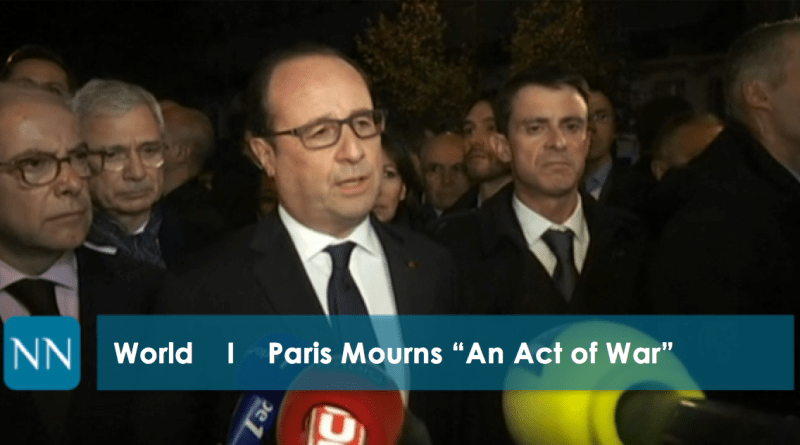 French President, Francois Hollande has spoken of his shock at the Paris shootings that killed nearly 130 people.  He described that attacks as “an act of war” and promised to that France will respond swiftly and ‘mercilessly’.  His statement comes as Islamic State (IS) militants claimed responsibility for the attacks.

Nigeria’s president Buhari, in a statement by his spokesperson, Femi Adeshina, on Saturday condemned the “dastardly and heinous terrorist attacks on innocent civilians in Paris”.

President Buhari said that “on behalf of the government and people of the Federal Republic of Nigeria, President Buhari conveys his heartfelt sympathy to President Francois Hollande and the people France.