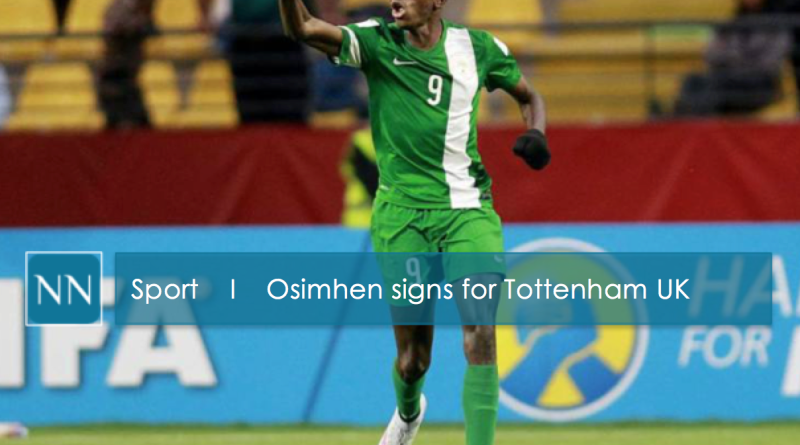 Report reaching us is that Osimhen, who rose to stardom, shining bright in the recent Under-17 World cup, has been signed by Tottenham of UK’s Premier League.  The signing is said to have been completed and the young star will soon be in the UK to begin what is set to be a great career.

Nigeria’s triumph in the Under-17 World Cup was partly due to the many goals scored by Osimhem, and his overall contribution to each match tournament.  The forward scored ten exceptional goals in seven games, including one crucial goal in the final against Mali.

Osimhen’s other team members are said to be in talks with various European teams.  Kelechi Nwakali, who was voted player of the tournament is also likely to be going to the UK to join Premier League’s Manchester City.

See a compilation of Osimhen’s goals at the World Cup below: