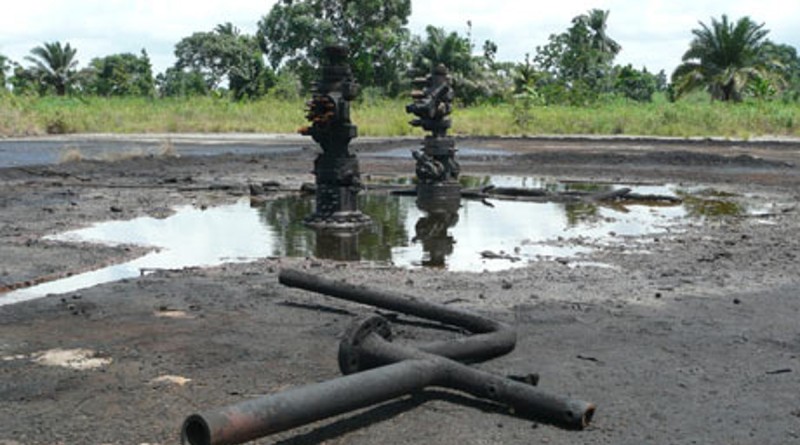 https://www.youtube.com/watch?v=m4aOtBxTNTQ
A Dutch appeals court ruled that Royal Dutch Shell may be held liable for oil spills at its subsidiary in Nigeria, potentially opening the way for other compensation claims against multinationals in the Niger Delta and elsewhere.

The ruling was hailed by rights groups as a victory for victims of environmental pollution worldwide, while Shell said it was disappointed.

Judges in The Hague ordered Shell to make available to the court documents that might cast light on the cause of the spills and whether leading managers were aware of them.

A lower Dutch court in 2013 had found that Shell’s Dutch-based parent company could not be held liable for leakages of oil at its Nigerian subsidiary.

The legal dispute dates back to 2008 when four Nigerian farmers and campaign group Friends of the Earth filed suit against the oil company in the Netherlands, where its global headquarters is based.

“Shell can be taken to court in the Netherlands for the effects of the oil spills,” the court stated. “Shell is also ordered to provide access to documents that could shed more light on the cause of the leaks.”

The court still has to decide if Royal Dutch Shell is in fact responsible for the Nigerian spills. The court will continue to hear the case in March 2016.

Judge Hans van der Klooster said the court had also found that it “has jurisdiction in the case against Shell and its subsidiary in Nigeria”.

Shell’s Nigerian subsidiary, Shell Petroleum Development Company of Nigeria Ltd (SPDC), said in a statement: “We are disappointed the Dutch court has determined it should assume international jurisdiction over SPDC.”

“We believe allegations concerning Nigerian plaintiffs in dispute with a Nigerian company, over issues which took place within Nigeria, should be heard in Nigeria,” it said.

Shell has always blamed the leakages on sabotage which under Nigerian law would mean it is not liable to pay compensation. But the Dutch court said on Friday: “It is too early to assume that the leaks were caused by sabotage.”

“The ruling is unique and can pave the way for victims of environmental pollution and human rights abuses worldwide to turn to the Netherlands for legal redress when a Dutch company is involved,” Friends of the Earth Netherlands said in a statement.

In January 2013, the district court in The Hague ruled that one of the farmers in the original suit was eligible for compensation from Shell’s Nigerian division for spills on his land in the Niger Delta, the heart of Nigeria’s oil industry.

The farmer appealed over whether the parent company should also be liable.

In a separate case, Shell agreed in January to pay out 55 million pounds ($82 million) in out-of-court compensation for two oil spills in Nigeria in 2008 after agreeing a settlement with the affected community in the Delta.