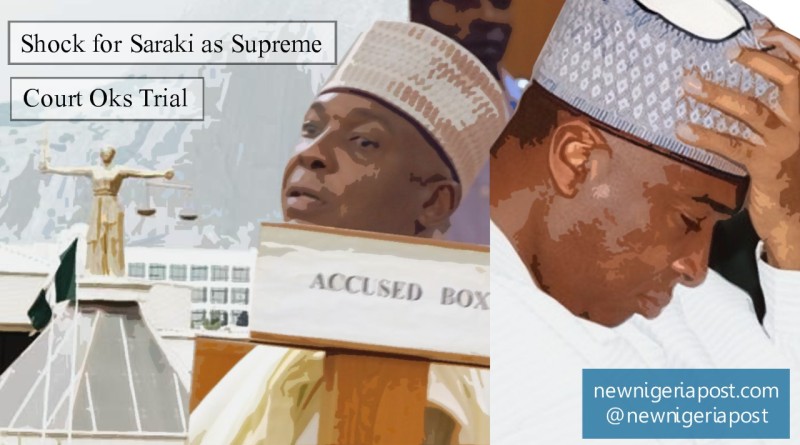 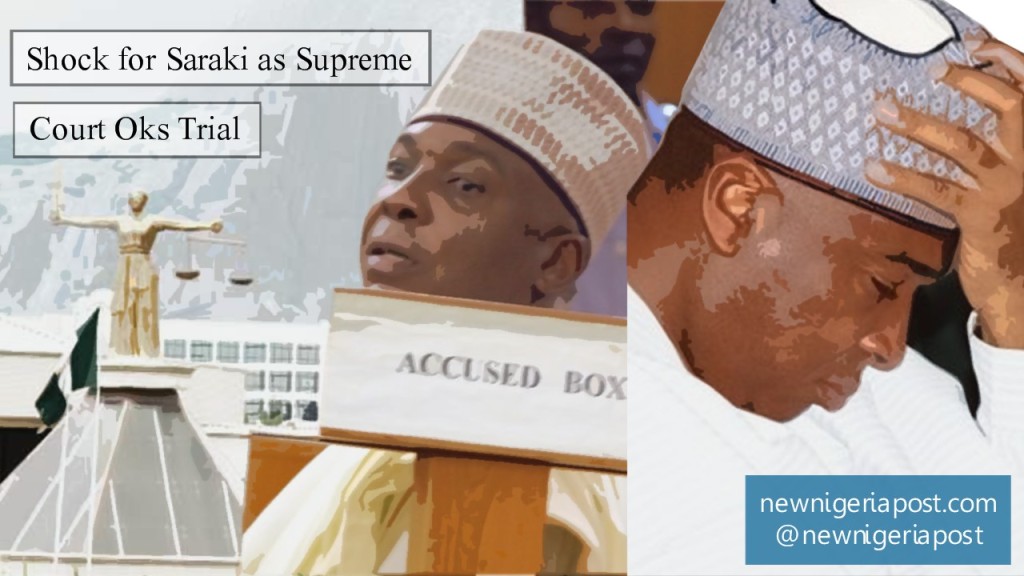 The Supreme Court Court of Nigeria has ruled against Senate President, Saraki and paved the way for his trial at the Code of Conduct Tribunal to continue.

The Senate President was also accused of other offences which includes the acquisition of assets beyond his legitimate earnings, operating foreign accounts while being a public office holder and as such, violating sections of the Fifth Schedule of the Constitution of the Federal Republic of Nigeria 1999, as amended; and breaching Section 2 of the Code of Conduct Bureau and Tribunal Act.

His trial was stalled by legal challenges from Saraki’s legal team which has culminated in the Supreme Court’s ruling today.  This political drama is set to play on for some considerable time and many ate questioning whether Saraki will be able to adequately carry out his duties for the duration of the trial.

The Senate will have to consider this matter urgently and it is possible that Saraki’s deputy may well take on the duties until the conclusion of the Trial.