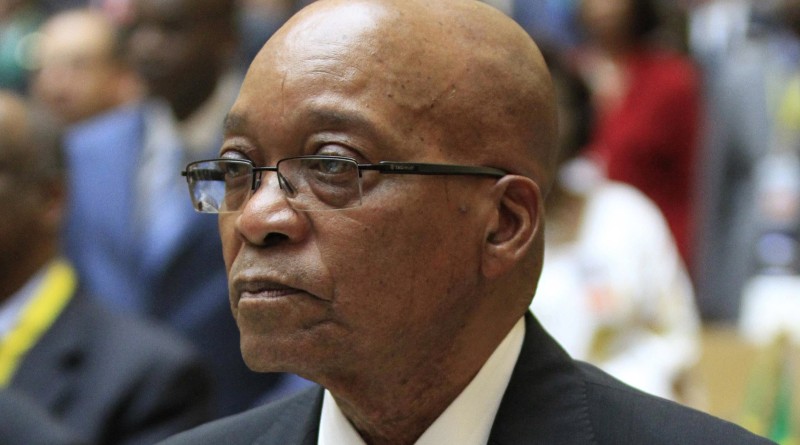 South Africa’s President Jacob Zuma removed Finance Minister Nhlanhla Nene from his position on Wednesday, sending the currency to a record low as markets responded to the shock axing.

Nene’s dismissal comes on the heels of a credit rating downgrade to just one notch above sub-investment grade by Fitch last Friday, and at a time when South Africa’s economy is barely growing, squeezed by low commodity prices globally and the near certainty of an interest rate hike in United States next week.

Since his appointment in mid-2014 Nene has emphasised the need to cap government spending, reign in bailouts to state-owned firms, and limit the size of wage increases to government employees.

Government spending on public sector wages and welfare, accounting for the largest slice of government expenditure, has long been seen as the ruling African National Congress’s chosen method to stay in power as it looses popular support.

The announcement pushed the already weak rand to the precipice as the currency shed close to 5 percent to its lowest level ever, with analysts expecting to fall even further as investors digest the news.

“We should expect to see most of the reaction come through in tomorrow’s trading session once the bond markets open on our side,” head of research at Nedbank, Mohammed Nalla, said.

“The concern is the suddenness of the move,” Nalla said. “Why redeploy a finance minister that was well received and well respected by the investor community.”

Zuma gave no details on why Nene, who has been serving as head of the treasury for just under two years, was dismissed.

On Monday, local media reported that Nene would likely be the victim of reshuffle by Zuma after he rebuked the chairwoman of state airline South African Airways, Dudu Myeni, seen as close ally of Zuma, for mismanaging a billion rand deal with Airbus.

“Tonight’s announcement by President Zuma that he has fired Nene is a reckless and dangerous move that further damages the economy, said opposition Democratic Alliance leader Mmusi Maimane on his official twitter feed.

South Africa narrowly avoided slipping into a technical recession in the third quarter, growing by a meager 0.7 percent after contracting in the second of the year.

“I’m not sure whether international investors will be charitable enough to say ‘let the dust settle’,” Nalla said, adding that the appointment of relatively unknown Van Rooyen would not be well received by investors locally and abroad.