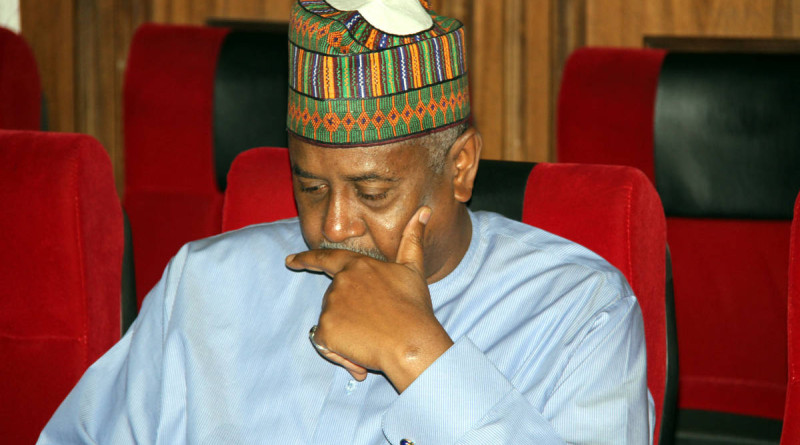 ​​​Former Nation Security Adviser, ​Dasuki and 4 ​others, arraigned for money laundering have been granted bail.

A High Court of the Federal Capital Territory, Abuja, has granted bail to Sambo Dasuki, and four others standing trial for alleged money laundering and criminal breach of trust.

Mr. Dasuki is accused of mis-spending about $2.1 billion meant for the purchase of weapons for the fight against extremist group, Boko Haram.

Dasuki’s accomplices include the former director of finance at the office of the NSA, Shuaibu Salisu, a former Group General Manager of the Nigerian National Petroleum Corporation, Aminu Baba ​Kusa and two firms, Acacia Holdings Limited and Reliance Reference Hospital.

The bail conditions set by Justice Husseini Baba Yusuf include the sum of N250 Million on the condition that they produce a surety each who must be a ​serving or retired ​civil servant ​not lower than the rank of a director.  The ​c​ivil servant must also show possession of a property within the FCT worth the same amount.

They were also asked to deposit their ​i​international passports with the ​court registrar​. They are to also​ notify the court of any travel arrangement outside the FCT.

The Economic and Financial Crimes Commission had opposed the bail applications Dasuki and the others before a Federal Capital Territory High Court in Maitama, Abuja, where they were on Monday arraigned.

The prosecution, led by Mr. Rotimi Jacobs (SAN), in separate counter-affidavits to the bail applications, said the accused persons could abscond if granted bail by the court.

Dasuki and the others will now have to meet the conditions before being released.