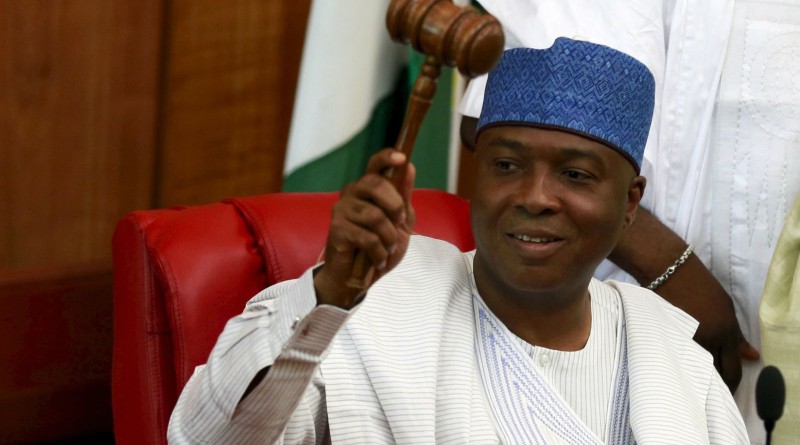 The role of social media in ensuring the dissemination of information on the rot of our society and exposing identified individual has been tremendous in this era of change. No wonder your colleagues are plotting to stifle our vibrant social media from expressing their minds legitimately in line with the Act of the Fundamental Human Right and freedom to information.

We want to send a very clear message on behalf of the Nigeria People that Nigerians from all the constituencies in the entire 36 states of the federation denounces the Social Media Bill outrightly. This Bill is dead on arrival. We already have existing laws in place for deformation of character, libel and treason.

There is nowhere in the world where somebody who is accused of serious criminal offence, terrorism crime or money laundering crime is allowed to make laws that will govern the people.  Such a person automatically lost his or her credibility, integrity to make laws to govern a people and at the same time has no moral right to be making laws:

For the avoidance of doubt, we are putting it on record that the following Senators and many more in that hollowed chambers have no moral right to make laws for the Nigeria people. In a sane society, yourself and majority of your colleagues have no business being in the Red chamber:

We have since realised that when it comes to any issues where the Elites wants to protect their interests, there is no difference between PDP and APC. They both join forces to protect their greedy interests. First, it was the governors coming together that they can no longer pay the meagre minimum wage of N18, 000. Now, it’s the Senators coming together to try to stifle the people’s freedom.

Change Organisation Nigeria has already submitted an online petition on its website against the Social Media Bill where Nigerians from every part of the federation have been signing in droves. We have also informed Nigerians to be prepared to recall any Senator when we send out the notice through our medium. Massive sensitisation is ongoing through our medium.

It will be ill-advised for you and your colleagues to underestimate our resolve. Nigerians did not elect any Senator to come and enslave the Nigeria People.