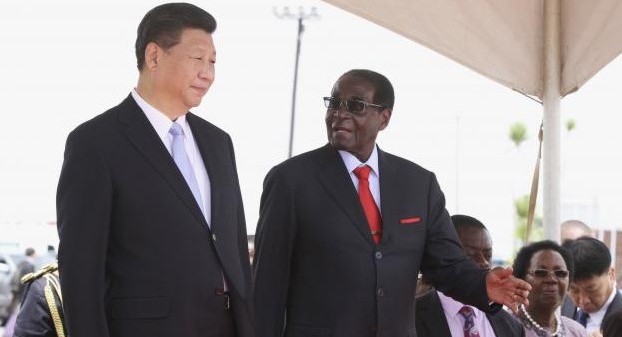 Chinese President Xi Jinping arrived in Zimbabwe on Tuesday, the first visit by a Chinese leader since 1996, amid expectations that he would sign deals to fund infrastructure, electricity generation and other projects.

Zimbabwe, which became a pariah in the West after President Robert Mugabe’s government was accused of rigging votes and human rights abuses, has increasingly turned to China for investment to help an economy desperate for new infrastructure like roads, power and water.

Xi plans to travel to South Africa on Wednesday, where he will meet President Jacob Zuma and later co-chair the Forum on China-Africa Cooperation summit in Johannesburg.

Zimbabwean Finance Minister Patrick Chinamasa said four agreements on electricity generation, including the expansion of Hwange would be signed, as well as deals on road construction and infrastructure development during Xi’s two-day visit.

China’s Sinohydro Corp won the $1.5 billion bid to add two generation plants at Hwange in western Zimbabwe in October last year, in the most ambitious move yet to tackle the country’s crippling electricity shortages.

“Financial closure has been reached and the agreement for Hwange 7 and 8 will be signed today,” Chinamasa told Reuters during a ceremony to welcome Xi at an airport in Harare.

Zimbabwe’s economy is struggling to emerge from a recession between 1999-2008, which saw gross domestic product shrink by 45 percent. On Aug. 25 Mugabe said his country’s economy was poised for a major take-off with China’s help.