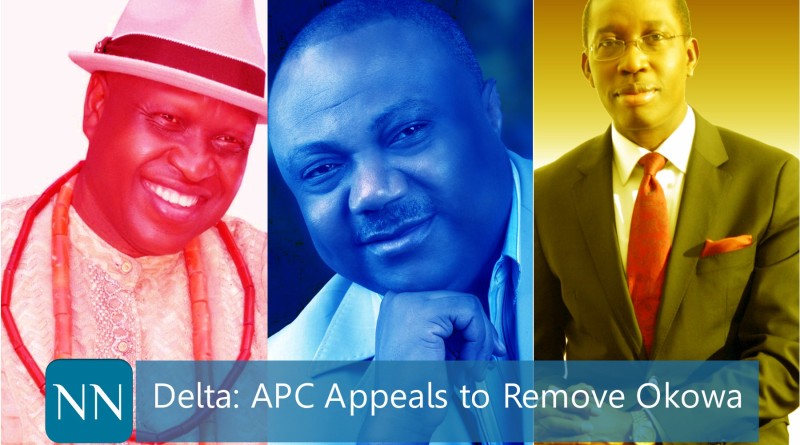 The All Progressives Congress (APC) in Delta State filed a petition at the Benin City division of the Court of Appeal challenging the judgement of the Governorship Election Tribunal in Asaba, delivered on October 26 2015.  APC and its  Delta State governorship candidate, Olorogun O’tega Emerhor had asked the Tribunal to annul the declaration of Governor Ifeanyi Okowa as Governor of Delta State by the Independent National Electoral Commission (INEC).

A Statement by Emerhor titled ‘Delta Guber Election: Emerhor/APC Appeal Tribunal Judgment-Cites 11 Grounds of Appeal’ was made available to the public, detailing the dissatisfactions of the party with the outcome of the Tribunal.  The appeal, CA/B/EPT/2015  was filed by APC Delta’s legal counsel, Chief TJ Okpoko (SAN) on Friday 13th November 2015; and is seeking the removal of Okowa from office via the nullification of the election.

The People Democratic Party has led Delta State since May 1999, with Ibori as Governor.  Olorgun Great Ovedje Ogboru has fought through various political parties to overthrow the PDP, which he deemed corrupt.  Most of his efforts have ended up in the judicial system, including up to the supreme court.  Ogboru won a minor victory against Emmanuel Eweta Uduaghan in 2010, with the Appeal Court ordering INEC to conduct a re-run in January 2011.  Uduaghan was declared winner of this election which was regarded by most commentators as  being marred by widespread rigging.  The court cases that followed were controversial and all ended in favour of PDP.

With the emergence of APC and the enthronement of the APC presidential candidate, Buhari, many had expectations that the Tribunal, following the governorship election, would operate within the law and annul what was widely seen as rigged elections. When the Tribunal finally gave its ruling, Emerhor and others expressed their dissatisfaction and it was expected that an appeal would follow.