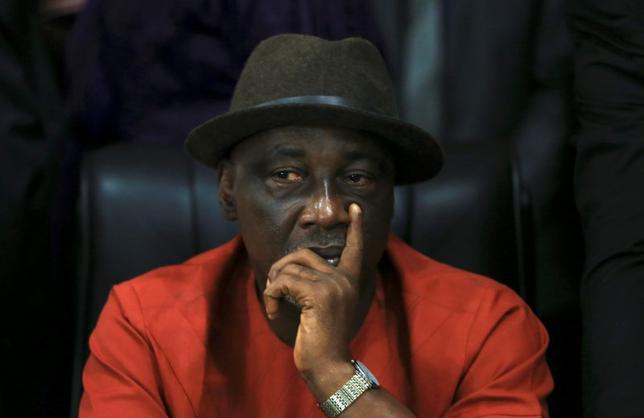 Former minister of interior pleaded not guilty on Monday to fraud and money laundering charges worth 677 million naira ($3.4 million) relating to a fraudulent recruitment drive that triggered a stampede in which 20 people were killed.

Abba Moro, who served under former president Goodluck Jonathan, is accused of conspiring with three ex-civil servants and the company that oversaw the recruitment process, to defraud nearly 7,000 job applicants.

He is the latest minister who served under Jonathan to face corruption charges since President Muhammadu Buhari took office in May last year after winning an election on a campaign promise to crackdown on corruption.

The Economic and Financial Crimes Commission (EFCC) said 676,675 Nigerian job applicants had each paid 1,000 naira ($5.03) “under the false pretence that the money represents payment for their online recruitment exercise”.

Thousands of job applicants descended on Nigeria’s national stadium in March 2014 as part of the immigration service recruitment drive, leading to a stampede that left 20 dead.

It highlighted the desperation for jobs in Africa’s biggest economy and most populous nation, where oil wealth has enriched a small elite but failed to create employment.

The EFCC alleges that proceeds from the recruitment exercise were used to refurbish a house in an upmarket district of the capital, Abuja.

The charges leveled against Moro and the other defendants were read out at the federal high court in Abuja. All of the defendants pleaded not guilty.

Moro was remanded in custody until his bail application hearing on Wednesday.

Former defense and finance ministers, as well as the ex-National Security Adviser, have been charged in the last few months. And the office of the former vice president was raided by the EFCC earlier this month.