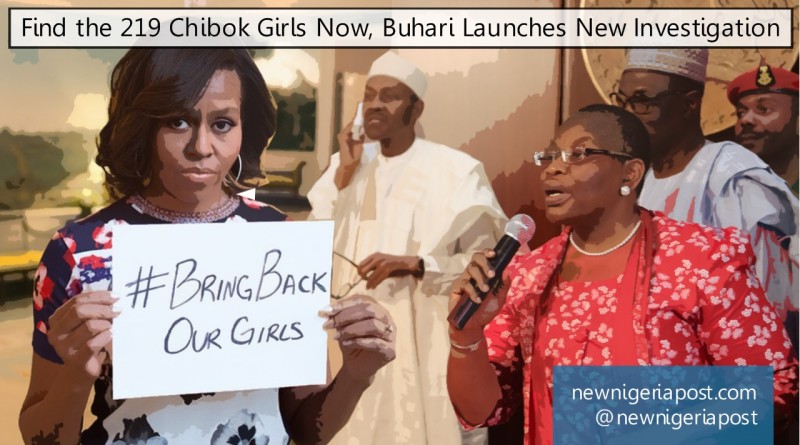 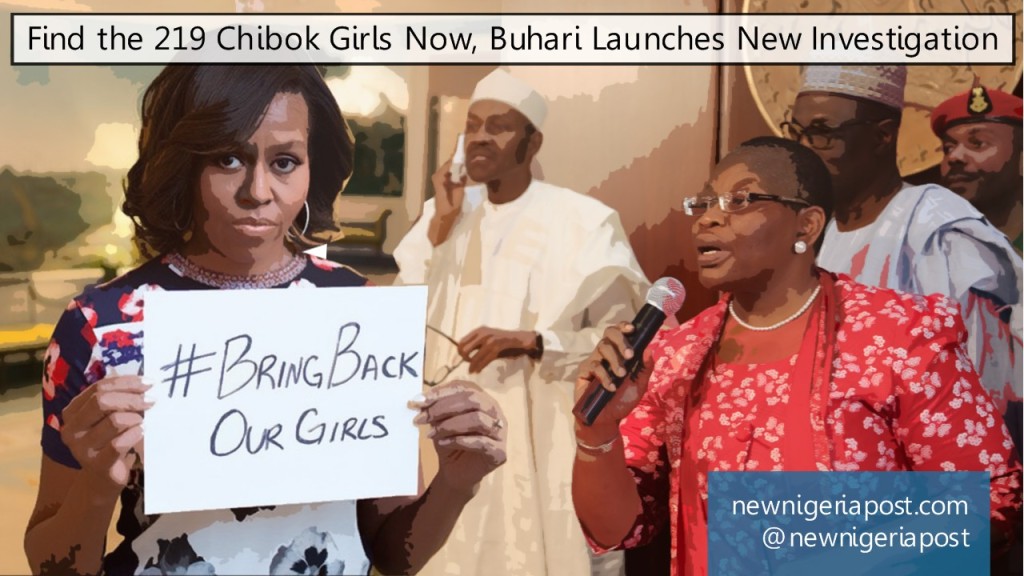 President Muhammadu Buhari has ordered a new investigation into the kidnapping of 219 schoolgirls by Islamist group Boko Haram in April 2014 from the town of Chibok, the presidency said on Thursday.

A statement said a panel would be announced soon by the National Security Advisor. The decision comes after parents of the girls and the Bring Back Our Girls (BBOG) movement marched to the presidential villa to demand a meeting with Buhari earlier on Thursday.

“I assure you that I go to bed and wake up every day with the Chibok girls on my mind,” Buhari was quoted as saying in the statement after meeting some of the marchers.

“Securing the Chibok girls is my responsibility. The service chiefs and heads of our security agencies will tell you that in spite of the dire financial straits that we found the country in, I continue to do my best to support their efforts in that regard.”

On April 14, Boko Haram militants raided a school while the girls were taking exams. They loaded 270 of them onto trucks. Around 50 escaped shortly afterwards.

There was a global outcry and threats by Boko Haram to sell the girls. Former president Goodluck Jonathan was heavily criticised for his slow reaction and Jonathan’s wife at first said she doubted the kidnapping had actually happened.

After nearly a month, Jonathan set up a fact-finding committee that went to Chibok to establish whether the abduction happened and how many girls were missing.

Buhari’s panel will have the remit to “unravel the remote and immediate circumstances leading to the kidnap of the girls by Boko Haram terrorists as well as the other events, actions and inactions that followed the incident”, Thursday’s statement said.

BBOG has kept the memory of the incident alive with frequent marches and Nigerian newspapers keep daily track of the number of days they have been missing.

Buhari won last year’s election on a promise to quash the militant group as Jonathan was seemingly unable to do.

Buhari said at the end of December that he was open to negotiating with Boko Haram for the return of the girls if credible representatives of the group could be identified.

Boko Haram has been waging a six-year insurgency to establish an Islamist state in the northeast of Africa’s biggest economy and pledged allegiance to Islamic State last year.

In the second half of 2014, it took over vast swathes of territory, mainly in Borno state where Chibok is located. Nigerian troops recaptured most of it with the help of forces from Chad, Niger and Cameroon, who themselves were increasingly being targeted by the Islamists.

Boko Haram has since reverted to raiding villages for provisions or hitting soft targets like places of worship and markets and are mainly around Lake Chad, the Sambisa forest reserve and the mountainous region bordering Cameroon.