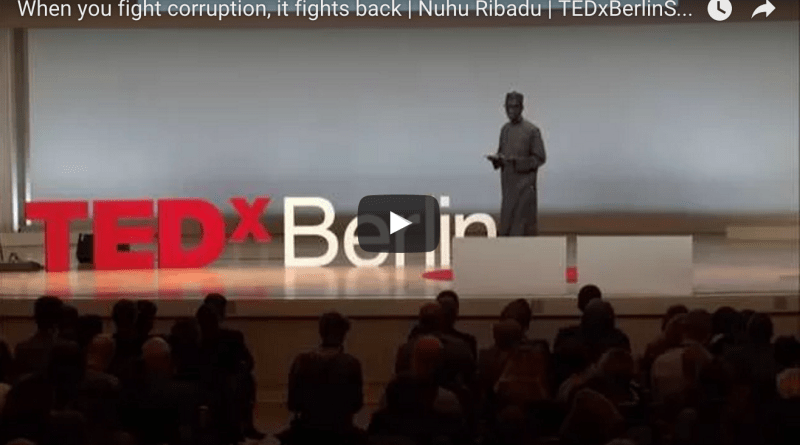 Video: Nuhu Ribadu, former Chiarman of EFCC exposes how Ibori Looted Delta State and tried to bribe him.  Published on 2 Dec 2015 Nuhu Ribadu “When you fight corruption, it fights back” at TEDxBerlinSalon “Leading in a complex World”.  Nuhu Ribadu is founding chairman of the Economic and Financial Crimes Commission (EFCC), the organization that changed the narrative of the fight against corruption and financial crimes in Nigeria. The results of his work at the EFCC, most notable amongst which are the delisting of Nigeria from the FATF’s List of Non-Cooperative Countries & Territories.

Ibori Responds, Calls Ribadu ‘a Damned liar’
Former Delta State Governor, Chief James Onanefe Ibori, who is currently serving a jail term in the United Kingdom responded to Ribadu’s allegation on Monday 7th December.  He denounced as ‘horrible, revolting, nasty and totally false, the devilish claim made by Mr. Nuhu Ribadu’.  In a statement signed by Mr. Tony Eluemunor, Chief Ibori’s Media Assistant, Ibori dismisses Ribadu’s allegations and counters by accusing the former EFCC Chairman of trying to rescue his own fading image; suggesting that Ribadu may face investigations into his own practice at EFCC.