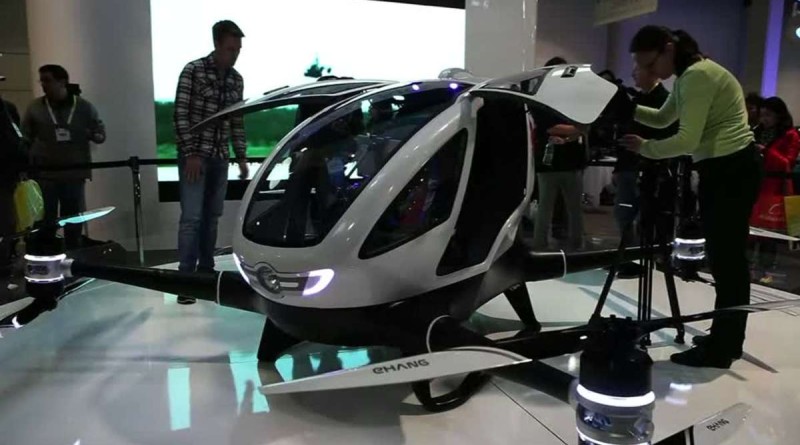 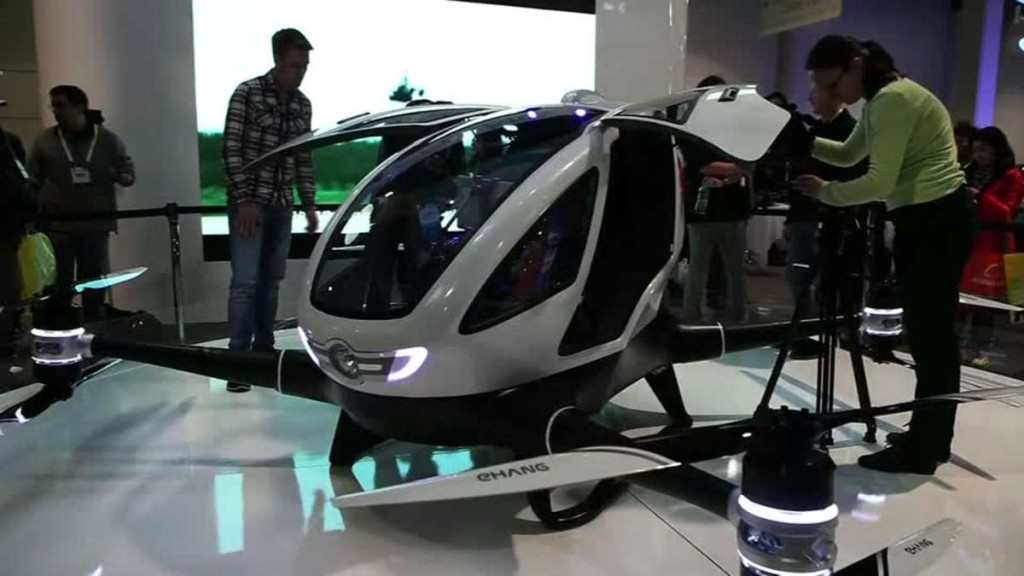 There are hundreds of drones competing for attention in Las Vegas at 2016 Consumer Electronics Show. But one definitely stands out. This is the Ehang 184, the world’s first passenger drone. It doesn’t have any flight controls because its not meant to. The UAV is completely autonomous, relying on sensors and computers to navigate from take off to landing.

“So the people sitting in there is not going to be a pilot. You know, you don’t need to get a license in the future. You’re just a passenger. You are going in there (the drone) and sit in there and enjoy the flight” said Derrick Xiong, co-founder, EHANG

The only user interface in the drone is a tablet which gives the passenger the options to take off and land as well as adjust the air-conditioning. Currently the drone can carry one passenger to a height of 11,500 feet. “The cruising speed, the standard speed is going to be 63 miles per hour and the cruising time will be 23 minutes.  So we are talking about 20 plus miles at this time” said Derrick Xiong, co-founder, EHANG. According to the company, the drone is equipped with a multi-rotor system with 8 propellors, giving better odds to safely land even if multiple systems fail. But in the event of an emergency, Ehang plan on monitoring all flights with a remote control center that is capable of intervening if the need arises. Assuming clearance by the multiple regulatory agencies to actually sell the drone, owning one won’t come cheap with a price tab somewhere between $200,000USD to $300,000USD. A small price to pay to avoid traffic and fly to work.